The Sensible Sentencing Trust says a decision by a High Court judge to suppress details surrounding a murder and rape during a sentencing, was unusual and pointless. 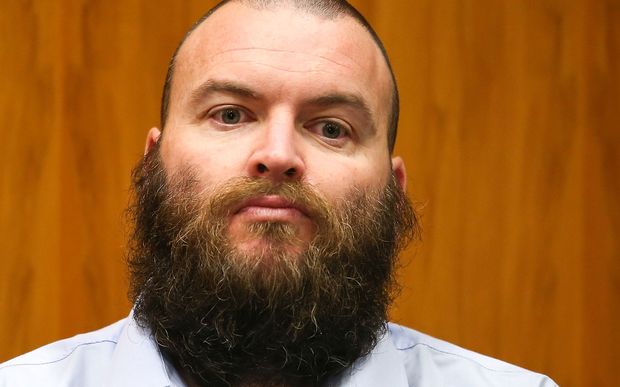 Aaron McDonald was yesterday sentenced to life for the rape and murder of a Christchurch woman and for an attack on two hitch-hikers on the West Coast in March this year.

McDonald already had 68 convictions and was on parole when he killed the woman.

He will now spend at least the next 21 years behind bars.

During sentencing, Justice Whata suppressed the victims' names, what happened and the victim impact statements to protect the family from media attention.

"While this is unusual, I am advised that undue attention has been given to them to the point of harassment. Well beyond the public interest to the murder and rape offending," he said.

A reporter also went to the victim's family home trying to arrange an interview once McDonald had been sentenced.

Justice Whata said that greatly upset the victim's mother and was a step too far.

"That caused significant distress to the mother of the victim. Her parents have suffered greatly as a consequence of the rape and murder of their daughter. They are in need of privacy."

Chief Executive of Victim Support New Zealand Kevin Tso said the victim's family's right to privacy should be the judge's number one priority.

Kevin Tso said suppression orders are meant to protect victims and that is what is being accomplished with this particular order.

But national spokesperson for the Sensible Sentencing Trust, Ruth Money, says the suppression came too little, too late.

"The history is still all out there for people to find. It's been well reported on," she said.

"While I can understand the rationale of trying to supress some of the awful details of this crime and to protect the victims from being re-victimised, the horse has bolted."

But a law professor at the University of Canterbury, Ursula Cheer, said judges treat sensitive cases on a case-by-case basis.

She said it is not about muzzling the media.

"What I see happening these days is judges trying to deal with information being on the internet already," she said.

"To try and assist the victims' families obviously the judge thought it was worthwhile to have an order. There's still the today's news is tomorrow's fish and chip wrapper idea."

Law professor at the University of Auckland, Warren Brookbanks, agrees that a suppression order being put into effect at sentencing is unusual.

But he said it is not a pointless exercise.

"It's a case that's involved profound emotion and grief from the victims and their families and the intrusion from the media in this case was too much to bear," he said.

He said the judge wanted to protect the family from further intrusions.