A judge has sentenced a man who raped and murdered a Christchurch woman to preventive detention due to the high risk that he will reoffend, and decscribed his actions as barbaric and inhumane. 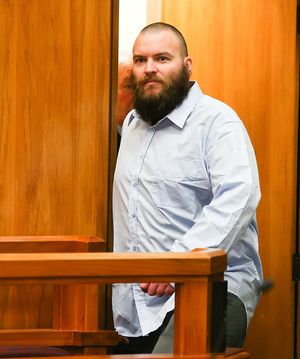 In March this year, Aaron McDonald raped and murdered a 24-year-old woman before attacking two tourists who were hitchhiking on the West Coast.

The 39-year-old admitted all charges a month later and was sentenced to a minimum non-parole period of 21 years and preventive detention when he appeared at the High Court in Christchurch this morning.

McDonald has 68 previous convictions and was on parole at the time of the incidents.

Crown prosecutor Claire Boshier told the court the woman took McDonald into her home because she wanted to help him.

Justice Whata said there was nothing in McDonald's childhood that could possibly foreshadow his offending and the crimes fell well beyond the standard range of murder.

"I found it difficult to find a word or words to describe the level of depravity involved in your actions. Barbaric and inhumane provides some guide to my assessment of your conduct and the harm done by you."

The judge said the facts of the case were distressing for the family, and publication would bring undue hardship.

Friends and family of the victim filled the public gallery, many wearing blue ribbons.

The mood was tense as McDonald left the dock and spat, with a person in the gallery swearing at him.