New Zealand scientists believe they have discovered the root cause of diabetes but Diabetes New Zealand is cautioning sufferers not to get too hopeful.

Researchers from Auckland University's School of Biological Sciences and the University of Manchester carried out the study over about 20 years.

The research finds that both the major forms of the disease, commonly known as Type 1 and Type 2 diabetes, are caused by the formation of tiny toxic clumps of the hormone amylin. 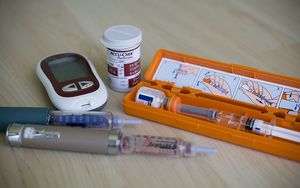 New Zealand scientists believe they have discovered the root cause of diabetes. Photo: PHOTO NZ

This is produced by the same cells in the pancreas which produce insulin.

Professor Garth Cooper, from Auckland University's School of Biological Sciences, said he was confident this discovery could be used to make new types of anti-diabetic medicines.

"What we're doing is absolutely and utterly centred on patients. That's the objective really, to basically stop and reverse the disease. We're certainly going to give it our absolute best shot. Like I say, we've been working on this flat tack for 28 years. We're not giving up yet."

He said new medicines could be ready for clinical trials within the next two years.

The International Diabetes Federation said the number of people contracting the disease is expected to reach 592 million by 2035.

Diabetes New Zealand is cautioning sufferers not to get too hopeful about the latest research breakthrough.

The organisation's president, Chris Baty, said she did not think this research would lead towards a cure in the next five to 10 years.

"I would be really reluctant to indicate this was a cause for hope any more than so much other research that is being undertaken."

Ms Baty said the research could still be a piece of the jigsaw of an eventual cure.