An Australian Aboriginal health advocate is praising Maori for pushing for tough tobacco reforms in New Zealand and says his country needs to follow suit. 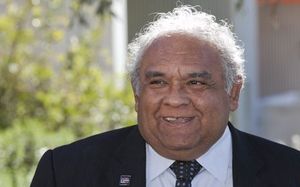 Dr Tom Calma, who belongs to the Kungarakan and Awaidja people from the Northern Territory, is the national co-ordinator for tackling smoking among indigenous people.

He made a presentation to the Australian National Press Club in Canberra last week calling for the federal government to take action to help improve aboriginal health, and for mainstream health professionals to be more culturally aware.

Dr Calma said Maori were leading the way towards banning smoking, which was the single biggest contributor towards early death of Aboriginal and Torres Strait Islanders.

"We haven't quite got that sort of level of commitment within Australia", Dr Calma said.

He said as well as also trying to tackle diabetes, which is at epidemic proportions in aboriginal communities, he planned to see what Maori were doing to reduce the high rates of suicide.