Kim Dotcom will have to wait until at least next year to claim back millions of dollars in property, after a court extended a freeze on some of his assets. 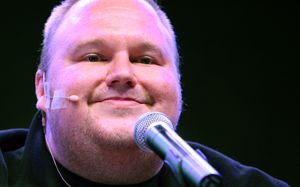 The freeze on Kim Dotcom's assets has been extended to April 2015. Photo: AFP

The restraining order, requested by the United States, has been in place since shortly after Mr Dotcom was arrested in a raid on his Auckland mansion in 2012.

About $12 million of Mr Dotcom's assets are subject to the order, including cars, jewellery and bank accounts.

Earlier this year, the High Court refused a request by the Crown to extend the order, which was due to expire in April this year.

But today, the Court of Appeal has dismissed that decision and extended the order until April 2015.

The High Court said it could not extend the order for a different reason to the one for which it was granted.

But in its ruling, the Court of Appeal said there was jurisdiction to extend the order, despite the change in reason.

Mr Dotcom's lawyer, Robert Gapes, said he was not able to confirm yet whether his client would appeal the latest ruling.