Close to 6000 Cantabrians classed as vulnerable are still waiting for their earthquake insurance claims to be resolved. 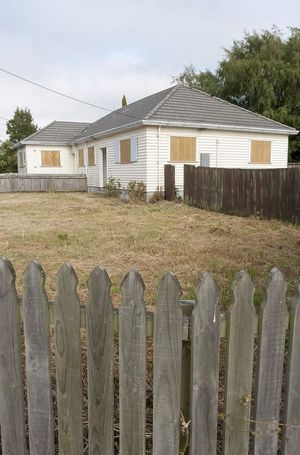 Thousands of owners of damaged homes in Canterbury are still waiting for their insurance claims to be resolved. Photo: PHOTO NZ

The figure of 5964 people, provided by the Earthquake Commission and the Insurance Council, includes 5002 vulnerable EQC claimants, and nearly 1000 vulnerable people waiting for their homes to be repaired or rebuilt by private insurers.

The elderly, people with poor health, those suffering stress or in financial hardship, are classed as being vulnerable.

Insurance Council spokesperson Samson Samasoni said a person's vulnerability increased the longer they waited for claims to be dealt with, but the delays were not just the fault of insurers.

"There's been concern about those who have still not decided on their claims so there's been a significant effort to try and help those customers make decisions."

One Christchurch woman confronted Prime Minister John Key this afternoon about the lack of progress in getting repairs done to her earthquake-damaged home.

The woman, who wanted only to be known as Emma, shares the home with her elderly mother, who she cares for full-time.

She said she was speaking out on behalf of all vulnerable claimants and told Mr Key during his visit to the city today that this group had not been given priority, despite promises to the contrary.

"I know personally a number of these people, still sitting in their houses, believing that our government has forgotten about them."

Mr Key said he could not speak for the Earthquake Commission.

"What I can say is I have regular meetings, obviously, with them, and what I know is that they are absolutely committed to the people of Christchurch."