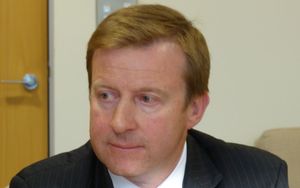 Documents released last week suggested there was political pressure in the decision made in late 2010 and that it was linked to a pending FBI investigation into Mr Dotcom.

But Dr Coleman, who was Immigration Minister at the time, on Tuesday dismissed that claim.

"Ministers had absolutely no knowledge of any pending FBI, NZ police investigation, and the decision was made by officials," he told reporters.

Dr Coleman said he would not criticise officials for granting Mr Dotcom residency and that the German national met the criteria at the time.

US authorities are trying to extradite Mr Dotcom on copyright and money-laundering charges.