Last month was the warmest June since 1909, when records began. Niwa said the average temperature for the country of 10.3 °C surpassed the record set in 2003. 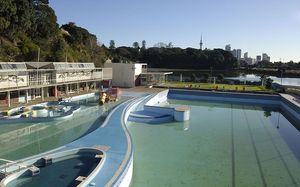 Auckland was the warmest and sunniest place to be in June. Photo: PHOTO NZ

It says there have been nine Junes since 1909 with temperatures more than one degree above the average - five of those happened since 2000.

Niwa says rainfall varied a lot but soil moisture is at typical levels for most of the country for this time of year.

Sunshine was near normal for much of both islands in June.

Of the six main centres Dunedin was the driest and cloudiest, Auckland was the sunniest and warmest, Tauranga was the wettest and Christchurch was the coolest.