Police are investigating whether a person who stole food from an Otago home on Thursday night was an escaped prisoner. 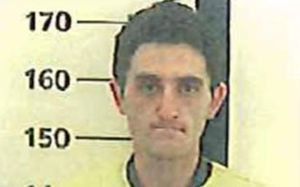 Stephen Maddren was being taken back to the Otago Correctional Facility near Milton after a court appearance when he fled from his escorts on Tuesday afternoon.

Police said they received a call about a break-in at a Milburn home just after 1am on Friday.

The house is close to the prison and forensic testing is underway to find out if the intruder was Maddren.

Police say the 25-year-old should not be approached. He is described as Pakeha, with a mullet-style haircut and no teeth.