John Banks' political journey has been both colourful and controversial. He rose from local to national politician, becoming a talk show host along the way as well as Auckland mayor.

On Thursday, the MP for Epsom was found guilty at the Auckland High Court of filing a false electoral return over his failed bid for the mayoralty in 2010.

1946 - John Banks is born in Wellington on 2 December. He is abandoned as a baby and raised by foster parents. 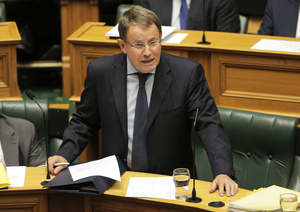 1977 - Enters local politics after running for the Birkenhead Borough Council.

1978 - Unsuccessfully stands for the National Party in the 1978 election after time in local government.

1996 - John Banks is left out of the National - New Zealand First coalition government and devotes increasing time to his radio talkback show.

2000 - John Banks is awarded a QSO for public service. 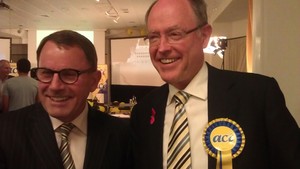 2001 - Becomes the mayor of Auckland City but loses the local body election in 2004.

2005 - Is courted by the Act Party for the general election but support for his candidacy falters when he demands a high ranking.

2011 - Makes a decision to stand for Parliament again after Don Brash takes over ACT Party leadership.

2011 - John Banks meets John Key for an infamous cup of tea in Newmarket. 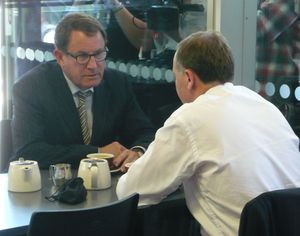 2011 - Becomes Minister of Regulatory Reform, and Minister for Small Business as well as Associate Minister for Commerce and Education.

2011 - John Banks is made CNZM for services to local government.

2012 - Amid pressure from the Opposition, the Prime Minister refuses to stand John Banks down while he's investigated over the donations and says Mr Banks had not broken the law. But Mr Banks is interviewed by the police. 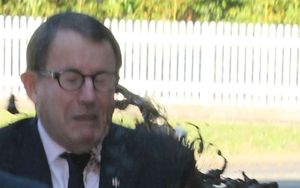 2013 - Both the Auckland District Court and High Court in Auckland say John Banks should stand trial. The High Court said the trial should be given priority because it could have an impact on the general election. Other MPs call for Mr Banks' resignation and say his political career is all but over. He resigns as a minister, which sparks a snap debate in Parliament. Mr Banks announces he will stand down as the ACT Party leader and won't contest the Epsom seat.

2014 - John Banks faces an almost two week trial at the High Court in Auckland on one charge of transmitting a return of electoral expenses while knowing it was false.