An advocacy group for the Christchurch earthquake recovery has set up its own register to record asbestos information because no overall, single register exists in Canterbury.

A number of residents in Canterbury believe they have been exposed to asbestos fibres during quake repairs and they are rejecting assurances from the Earthquake Commission and Fletcher Construction that they have not been put in danger.

A spokesperson for the group Earthquake Services, Sarah O'Brien, said on Thursday the register has been set up this week so data can be collected and numbers taken to the Canterbury District Health Board.

She said the service needs people to come forward to gather written evidence in a number form to be presented to the Government.

Ms O'Brien said so far, the plight of the people and the health risk has been ignored. She said the group has tried for months to contact Christchurch mayor Lianne Dalziel to set up a register through an 0800 number, but has not been successful. 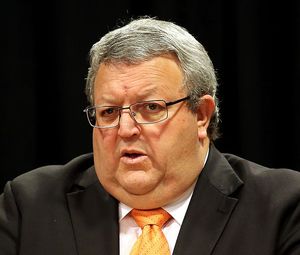 Earthquake Recovery Minister Gerry Brownlee does not think people are in danger from asbestos during earthquake repairs in Canterbury.

Mr Brownlee told Radio New Zealand's Morning Report programme on Thursday agencies are reviewing how they have dealt with asbestos in a bid to boost public confidence.

"Some of the concerns being expressed, quite emotively even this morning, do cause people concern...we don't want that. We don't believe there is anything to hide, so we are quite happy to make it clear that where we know that that was some concern about asbestos, we can report that" he said.

The Government on Wednesday announced a review of the processes for dealing with asbestos when repairing houses damaged by the earthquakes.

Some Canterbury builders have said they believe there was a lack of awareness about the potential risks during the first two years of the rebuild after the quakes in 2010 and 2011.

Lionel Green, a demolition and asbestos contractor for 20 years, said that Fletcher EQR lost its way at the start.

Mr Green said the organisation has dealt with the majority of the asbestos inside properties in Christchurch and builders were expected to identify it.

However, he said they were not qualified or experienced to do that and there were some 'gaps' in processes.

He said his company initially found itself in situations where people could be potentially exposed to asbestos.

Builder Aaron Whiteside said though there was a high awareness of asbestos now, it wasn't always like that.

"I think there's a lot of awareness now, there probably wasn't much awareness of it before, that's why there was little testing for asbestos going on, I think it was pretty average to be honest" he said.

The Earthquake Commission has maintained that where asbestos-containing material was removed from a householder's properties by an asbestos removal contractor, there was a minimal risk of potential exposure.