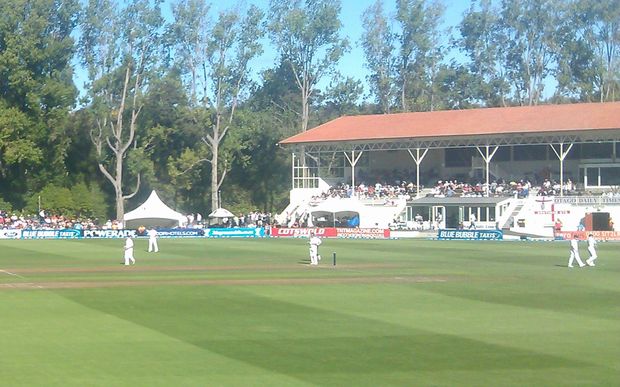 The Oval is an old-fashioned strip of pastoral green being dragged into the 21st century business of sport.

Cricket Otago is about to start raising the $2 million needed to add permanent lighting and the seating for 2000 more fans.

It already has an electronic scoreboard and a modern media box and now it's getting lights.

Cricket Otago's chief executive, Ross Dykes, says new grass banks will also be added to the back half of the ground to justify the lights, increasing the regular capacity to 5,500 people, and a maximum of 8000 for big events. 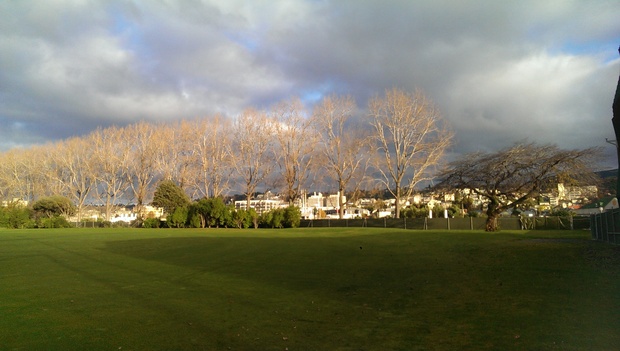 The side of Dunedin's University Oval where new grass banks will go to increase capacity. Photo: RNZ / Ian Telfer

Cricket Otago were forced to act when last season the local 20-20 cricket team topped the competition but was forced to play its final in Hamilton because Dunedin did not have the lights demanded by the broadcaster, Sky Television.

President of the Dunedin Cricket Association, Tony Buchanan, said that was a big blow for the sport at a local level.

Cricket Otago freely admits it cannot expect any council funding, and raising $2 million will be a stretch.

There's another factor at work too. Christchurch's post-earthquake replacement ground, Hagley Oval, is also planning for lights, although Canterbury Cricket doesn't know when it will able to afford the $8 million price tag there.

Cricket Otago has said it wants the lights in place next year after the Cricket World Cup.

Sky Television said it was a commercial reality that it paid more for sports coverage at times when it can get more viewers. But it said it does not pressure sporting codes for lights, it just lays out their options.