The price of a new house is expected to keep rising as the building industry struggles to keep up with demand. 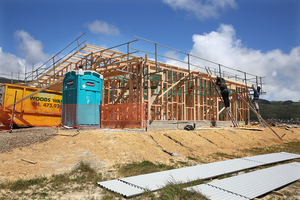 Official figures released on Monday show the cost of buying and building new houses rose by 4.6 percent in the year to March, the largest annual increase since 2008.

The Registered Master Builders says that's not surprising given the pick-up in rebuilding work in Christchurch, and more house construction in Auckland, following five years of weak demand.

It said costs are likely to increase further, due to a lack of builders to meet demand

And it's not just houses. Statistics New Zealand says the price of new commercial and industrial buildings has also risen by 3.5 percent - its highest level since September 2008 - because of higher labour costs.

The Reserve Bank is closely watching the housing market, particularly in Christchurch and Auckland. It's concerned rising construction costs will spill over into higher prices and wages.

It has already started raising interest rates, which is expected to eventually cool the housing market.

The Real Estate Institute says there is not enough evidence to know the impact of migrants on the housing market in Auckland. 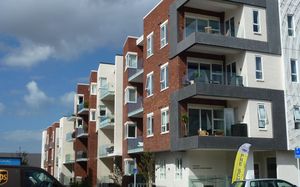 In the Budget last week, the Treasury forecast higher immigrant numbers for the year than expected and said that could hamper efforts to rein in house prices.

The Treasury expects the annual net inflow of migrants will peak at 38,000 in the second half of this year. An earlier forecast was 26,000.

Institute chief executive Helen O'Sullivan told Radio New Zealand's Morning Report programme on Monday most of what is known on the topic is anecdotal and it is dangerous to make predictions on the issue without a better sense of the actual data.