The public will now have a say over controversial plans to restrict alcohol access and sales in Auckland.

A committee of Auckland councillors has sent the proposals out for feedback that could start as early as next month. 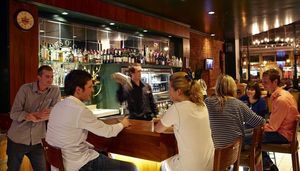 Under the plans, stores would be able to sell alcohol only between 9am and 10pm.

Bar operators meeting certain criteria would be able to apply for a extension of two hours.

The managing director for the Barworks group of Auckland bars, John Hellebrekers, said there hadn't been enough thinking about people moving from one bar to the other and people from outer suburbs having to travel into the city.

Some councillors led by Cameron Brewer put forward an amendment allowing supermarkets to sell alcohol from 7am.

It attracted extensive debate but was voted down 14 votes to 7.

A hearing panel will now be set up to accept public submissions in June or July, and report back in October or November.

Mayor Len Brown said the draft is a good starting point but not an ending point and a balance needs to be found.

Hospitality New Zealand has called the proposals a backward step.