Alcohol Drug Association chief executive Paul Rout said the organisation was concerned some regular users could suffer severe withdrawal symptoms due to the sudden introduction of the ban.

He said calls about synthetic cannabis products to its Alcohol Drug Helpline jumped 20 per cent last week when the ban was being discussed.

"We're expecting the number of calls to increase significantly now the drugs are banned and the helpline will open an hour earlier on weekdays to cope as more people start to detox and seek help." 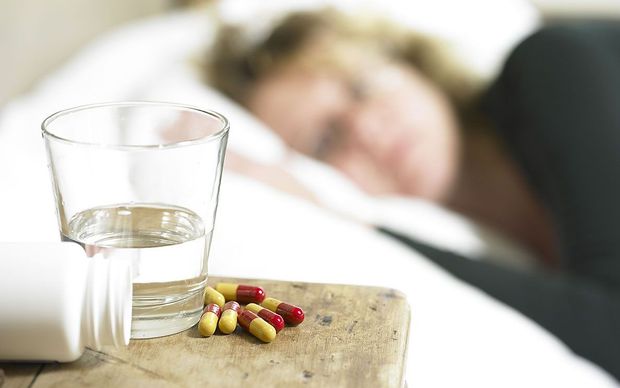 Mr Rout said the association was concerned that if users suddenly stopped they would go into withdrawal and many will not initially have access to knowledge about how to detox.

"People can have a bad reaction to the drugs including a racing heart, paranoia and breathlessness. When people stop a significant number do experience unpleasant side effects. For some people that can be feelings of depression or feeling aggressive or violent."

"It can be quite serious and in that case we would encourage people to get help from their doctor or if they're losing consciousness or having heart or breathing problems they should dial 111 and get help immediately."

Paul Glue, professor of psychiatry at the University of Otago, said stockpiling the drug may also pose a danger.

"It's ... possible that in the week or so between lead time between disclosing that synthetic cannabinoids are going to get pulled from the market and actually pulling them, some individuals may have stockpiled a whole lot, and it's also possible they could smoke a whole lot more which could also produce some toxicity as well."

Drug Foundation executive director Ross Bell said it was crucial more information was made available to users, particularly those who have been using often and heavily.

"They've got a choice; they could stop and seek help if they know where to go or they could keep using the drugs that they're sourcing from the black market. Some effort urgently needs to go into signposting people to help."

Mr Rout said withdrawal can last from one to two days through to three or four weeks and advised people to seek help.

"If people have any concerns about their own use, if they're having trouble stopping or they're going through an unpleasant withdrawal or they're concerned about a family member or a mate, don't try and deal with it on your own, call the Alcohol Drug Helpline, it's free and confidential." he said.