A lawyer and friend of former New Zealand cricketer Chris Cairns has been released on bail after being arrested on suspicion of perverting the course of justice. 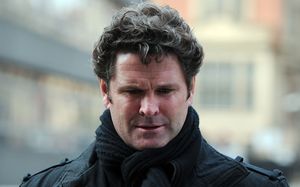 Police in London would say only that Andrew Fitch-Holland was arrested in relation to a civil matter.

The lawyer appeared as a witness at a libel case Cairns won against Indian cricket powerbroker Lalit Modi in 2012 over claims of corruption in the now-defunct Indian Cricket League.

Cairns has confirmed British police had contacted him over allegations of match fixing and he will be engaging with them over the coming days, but said he still had no detail about the nature of the inquiry.

In December last year Cairns, along with two former Black Caps including Lou Vincent, was named in media reports as being subject to an International Cricket Council investigation over allegations of match-fixing.

The Telegraph cricket writer Nick Hoult said no charges had been laid against Mr Fitch-Holland and it could be many months before either charges are laid or he is released from police bail.

Mr Hoult told Radio New Zealand's Morning Report programme the focus of the police investigation was the libel case not the allegations of match-fixing.