A prominent Northland farmer and anti-Treaty activist has been jailed for 24 years on a raft of charges including rape and arson.

Allan Titford was recently convicted by a jury and his name had been suppressed until Wednesday. 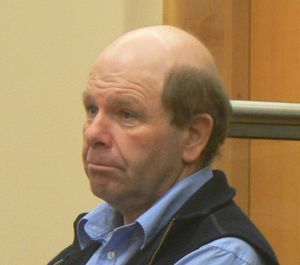 In sentencing Titford at the Whangarei District Court, Judge Duncan Harvey said the 53-year-old had subjected his wife and family to violent abuse in a "reign of terror" that dated back to 1989.

The judge said Titford has destroyed any chance they had of happiness with his explosive temper and repeated vicious assaults, including raping his wife.

The court heard victim impact statements from his now ex-wife, Susan Cochrane, and three of his children who said they had lived in fear of daily beatings from Titford and were made to work like slaves on the farm.

Titford is well-known for his 20-year campaign against the Waitangi Tribunal and the Treaty of Waitangi after the Roroa land claim led to the sale of his farm to the Crown in the 1990s.

He was also found guilty of burning down his homestead at Maunganui Bluff near Dargaville - an arson he blamed at the time on Maori.

Judge Harvey said Titford attempted to gain sympathy with the public by sabotaging his own bulldozer and burning down the homestead in a bid to gain more compensation from the Government over a land claim on his farm.

"You attempted to burn down your homestead on one occasion, and on the second occasion you succeeded - all the while by blaming local Maori," the judge said.

"These incidents received nation-wide publicity and, as a result of your actions, the local Maori people earned the anger of many people in New Zealand who sympathised with you because of what they saw as a grave injustice. It is time for the people of New Zealand to learn the truth."

Judge Harvey sentenced Titford to a cumulative term of 24 years in prison, saying he still claimed the charges against him were a conspiracy and he remains a danger to others.

Titford's lawyer John Moroney said on Wednesday that his client denies the charges and is very upset.

"He totally rejects the verdicts of the jury. The jury found him not guilty on 14 of the 53 charges he faced. There are another 11 majority verdicts, a total of 29 guilty verdicts and it was made quite clear to the court today that he doesn't accept those in any way shape or form."

Mr Moroney said Titford is considering what to do next.

Artist Manos Nathan, of Far North iwi Te Roroa, carved the pouwhenua (land post) which he and other land occupiers used at Titford's farm. Outside court, Mr Nathan said many people in the community did not realise what sort of man Titford was - but the iwi did.

"We as tangata whenua (people of the land) got his measure rather early on in the piece. I saw his behaviour at meetings as not those of a gentleman, or someone that you could trust or really talk to."