The minister responsible for Novopay says the Government would never have signed off on the school payroll system had it known the true scale of its problems.

The $30 million system developed by Australian company Talent2 has been plagued with thousands of errors since it was introduced in August 2012 with underpayments, overpayments or no payments at all to some staff. 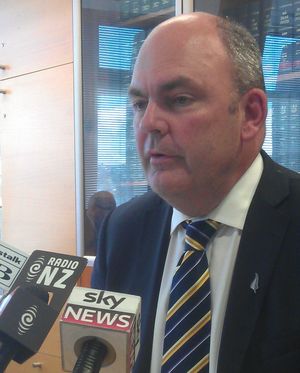 Steven Joyce said there would be a ministerial inquiry into Novopay. Photo: RNZ

The Government says it will stick with Novopay for now, but is not ruling out ditching it and is also talking with former payroll provider Datacom.

In a Cabinet reshuffle on 22 January, Steven Joyce was put in charge of Novopay and on Thursday announced a range of new initiatives aimed at fixing the problems.

Mr Joyce says a ministerial inquiry will be held, as well as a technical audit of the software and data in the bid to solve the problems with the existing system.

As a back-up, he is also talking to former provider Datacom about stepping in to provide a new system, depending on the result of the technical audit due in about two weeks' time.

Steven Joyce revealed that Education Minister Hekia Parata, Finance Minister Bill English and former education minister Craig Foss approved the use of Novopay despite being told that it had bugs. 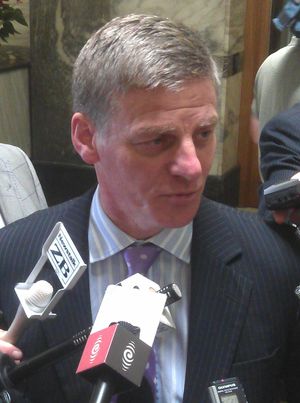 Bill English says ministers might have acted differently, given the extent of the problems. Photo: RNZ

Mr Joyce told Radio New Zealand's Checkpoint programme on Thursday the ministers were advised that there would be low-level problems - but not of the scale which eventuated.

"Certainly, the advice to ministers was to proceed with the go live situation - and it is important to point out that quite a lot of big software projects to live with some bugs - but of course, it's very important that they not be the sort that cause the sort of problems that we've experienced."

Mr English said on Thursday that in hindsight they might have acted differently, given the extent of the problems that have since been experienced.

Ms Parata said hindsight is a wonderful thing, but that she acted according to advice - which was to proceed with Novopay.

The eight-year contract for Novopay is worth $100 million. More details about the extent of the problems flagged will be released later this week.

What the Government will do

Deloitte has been brought in to conduct a technical audit of the stability of the Novopay system and the data within it.

The review is due to be completed in about two weeks and is to see whether the software problems can be fixed in the longer term, or if the system is so compromised that a replacement will need to be sought.

Steven Joyce said on Thursday that he has been talking to former provider Datacom about replacing Talent2 if it comes to that, but emphasised that would not be an easy solution and the Government's preference was to fix Novopay.

Mr Joyce will take a paper to the Cabinet on Monday with a view to establishing a ministerial inquiry that will cover all aspects of Novopay, including the tender arrangements under which Talent2 was awarded the contract.

The Government will also provide extra funding at this point to improve the performance of the software and customer service, which the minister says could run into millions of dollars.

Mr Joyce said those extra costs and other issues such as compensating schools for the time they have had to spend dealing with Novopay will all be looked at once existing problems have been resolved.

The minister said the wrangles over contractual obligations with Talent2 would be set aside for now as all parties concentrate on fixing existing problems. However, he said the Government reserves its contractual position.

The Secondary Principals' Association says clearing up the problems with Novopay is going to take considerable time and effort.

"It's entirely regrettable that it's taken seven months for the Government to take considered action and the possibility that many months might go by and still schools are going to be faced with ongoing problems.

"Ninety-five percent of our members have expressed no confidence in Novopay and there's an overwhelming call for compensation for the extra work that principals and support staff had to undertake."

Mr Joyce warned there was no way of resolving the problems that doesn't involve some pain for school staff.

"There's no easy answers here. As I said to the sector this morning and to the others I've spoken to the reality is, there's no steps forward that don't involve some more pain for the administrators and for the people who are working on the payroll and so forth."

The Principals' Federation said Mr Joyce appears to be offering a way forward towards resolving problems with Novopay.

President Phil Harding told Checkpoint the sector just wants a fix, so that the payroll system is stable and works.

"The federation has been requesting (the) technical audit as a positive way forward. Without it, we have no confidence whatsoever in the Novopay software and we want to know from someone outside the ministry that the software has a future."

Mr Harding says he expects the ministerial inquiry will uncover the full story about what has gone wrong with the Novopay system.