Two people who were rescued near Tonga when their yacht overturned have arrived back in New Zealand. 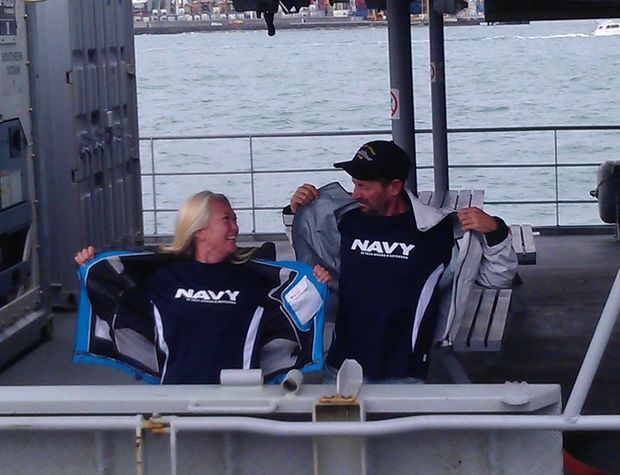 Ms Davies and Mr Jones were greeted by dozens of family and friends when they arrived in Auckland on Sunday afternoon on the navy vessel HMNZS Otago.

Mr Jones, who is from Wales, says the sea swells reached more than 12 metres and the wind was gusting more than 50 knots.

"Some time in the night we woke up covered in blood and we'd been unconscious and the boat got knocked over completely. We were dazed and it was like somebody had set a bomb off inside the yacht".

Mr Jones says during dark moments he thought he was not going to survive.