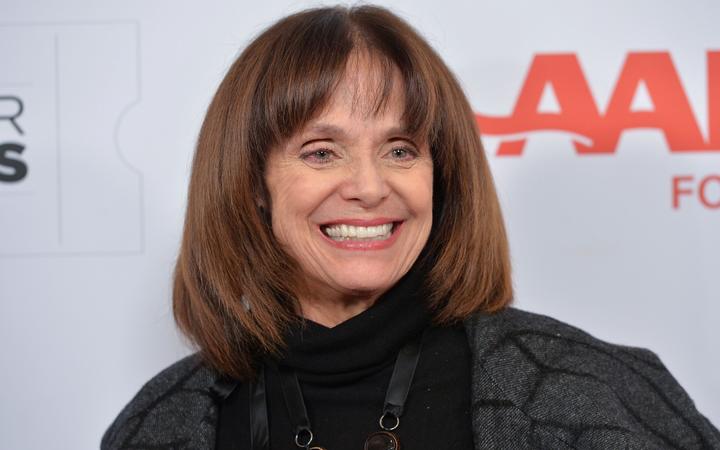 Harper died yesterday, her daughter Cristina Cacciotti said, declining to give further details. Harper's husband, Tony Cacciotti, said in July that doctors advised that the actress, who was suffering from brain cancer, should be placed in hospice care.

Harper had revealed to People magazine in March 2013 she had leptomeningeal carcinomatosis - cancer cells in the membrane of her brain.

She made a surprising comeback after the 2013 diagnosis, which had given her only months to live. Just seven months later she competed on the Dancing With the Stars programme and in 2015 made an appearance on the sitcom 2 Broke Girls.

Harper, who also was diagnosed with lung cancer in 2009, stayed busy campaigning for cancer research and taking occasional acting and voice-over jobs as recently as earlier this year.

Harper was still relatively inexperienced as an actress in 1970 when she was cast on The Mary Tyler Moore Show - one of the most honoured US television shows of the 1970s - as Rhoda Morgenstern, the best friend and neighbour of Moore's Mary Richards character in Minneapolis.

Rhoda was a Bronx-born career girl who was constantly trying to lose weight, find a boyfriend and dodge her meddling Jewish mother. She had a brassy Bohemian streak, as exemplified by her trademark headscarves, and a grasp of emerging feminist concepts but her self-deprecating wisecracks showed her vulnerabilities. 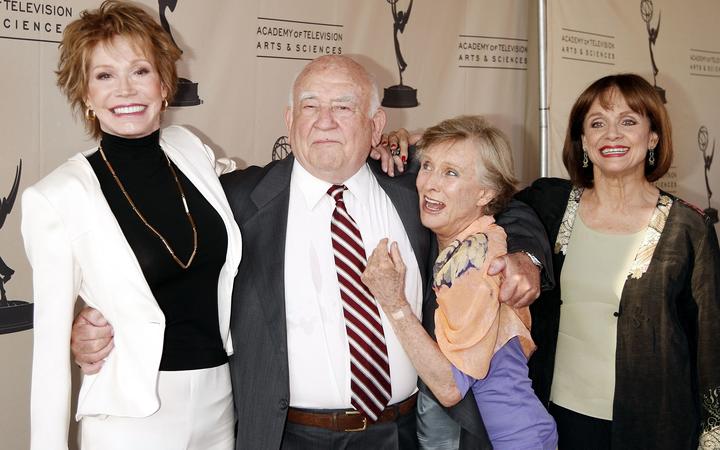 Asked why the character was so popular with viewers, Harper told the New Yorker: "They recognised her as real. She had a weight problem and she was insecure. She was a New Yorker. But she also had this victorious streak. She could be belligerent and she could stand on her own."

She told Time magazine that part of Rhoda's appeal was that she was a loser - but a "victorious loser". 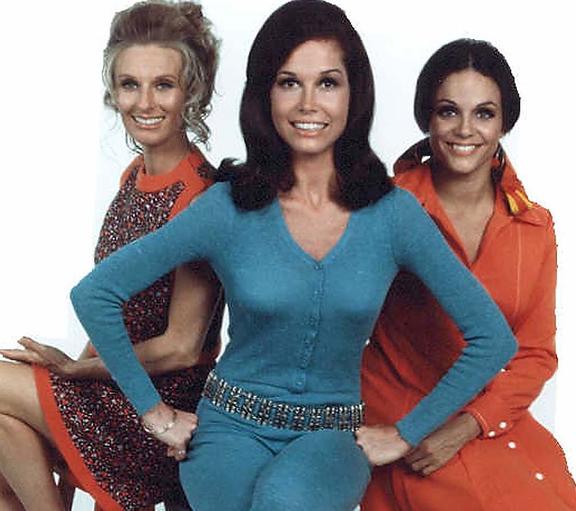 Harper won three straight Emmys for best supporting actress in a comedy on Moore's show - 1971 through 1973 - and in 1974 Time magazine featured the two of them in a cover story titled "TV's Funny Girls."

That same year Harper was given her own show Rhoda, which ran for five years and earned her another Emmy for best actress in a comedy in 1975. With Rhoda moving back to her native New York, her romantic fortunes improved and she married her boyfriend Joe in a widely viewed episode. By the show's fourth season, however, Rhoda and Joe had divorced and she was back in the dating pool.

Harper and Richards reprised their roles in a 2000 television movie, Mary and Rhoda, with Harper's character returning to New York from Paris after a second divorce and Moore's character recovering from the death of her husband. Moore died in 2017 at age 80.

Harper had a third try at sitcom stardom in 1986 with the family show Valerie. By the show's second season, Harper and Cacciotti, her husband and business partner, asked NBC for a bigger share of the show's revenues and threatened to walk off.

NBC responded by dumping Harper and bringing in Sandy Duncan to take her place on the show. Harper's breach-of-contract lawsuit against NBC was dismissed but she did win $US1.8 million from the Lorimar production company.

Mary Tyler Moore Show co-star Ed Asner, 89, wrote of Harper on Twitter: "A beautiful woman, a wonderful actress, a great friend and with balls bigger than mine."

"Her brilliance burst through and shined its light upon all of us," Asner added. "Goodnight beautiful. I'll see you soon."

Harper was born in Suffern, New York on 22 August, 1939, and moved around the country due to her father's sales job before settling in Jersey City, New Jersey.

She began her entertainment career in the late 1950s as a chorus girl on Broadway. To gain acting experience, she joined Chicago's Second City Theatre, which would become one of the country's top comedy proving grounds.

She embraced liberal politics, taking part in civil rights, anti-war and anti-poverty demonstrations before becoming a star, and was active in the Screen Actors Guild.

Harper's first husband was television actor Richard Schaal, another Second City veteran who also appeared on The Mary Tyler Moore Show and Rhoda, from whom she was divorced in 1978. In 1987 she married Cacciotti, a fitness trainer hired to help her get in shape for a swimsuit scene in the movie Chapter Two.