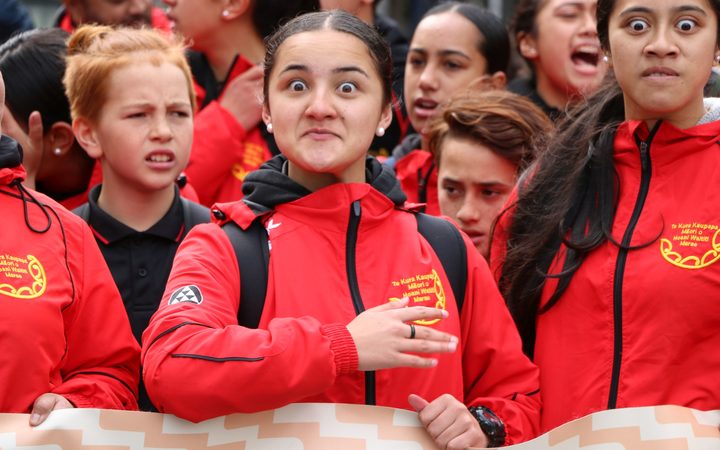 Local kura kaupapa students, teachers and members of the public joined the hīkoi, which made its way down Queen St to Aotea Square around lunchtime today.

Mr Pouwhare remembered when he helped to present the Māori language petition to Parliament in 1972.

"It was a massive, massive resistance on the part of the government, part of the public - now it's changed it's so wonderful." 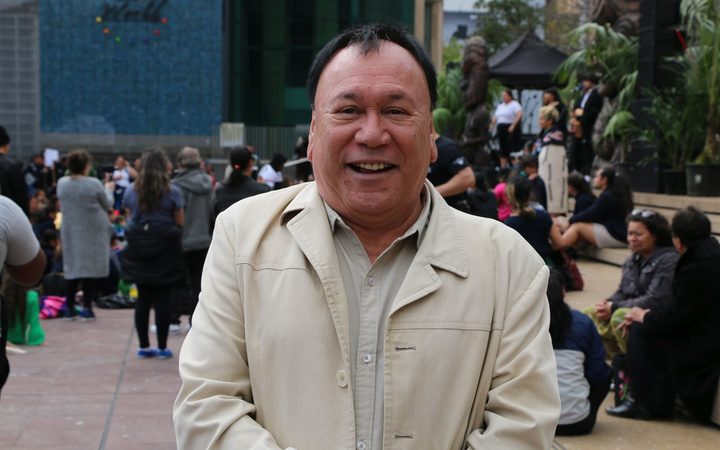 Mr Pouwhare said to see students owning their language made him proud and he believed the future of the language was in good hands.

"I think it's an awesome cause I think especially bringing it to Tāmaki Makaurau for the first time this year." 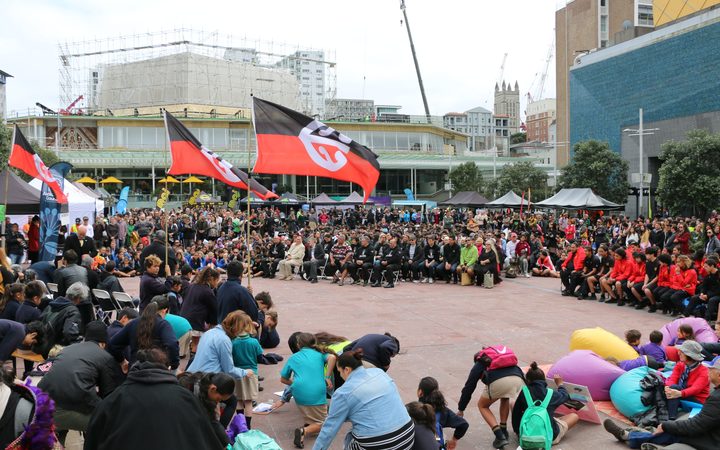 Ms Leuaga said it was important to develop a model of learning the language that celebrated Māori people and te reo.

"[So] it's something that our kids can look forward to studying and being excited about - rather than discouraging it which I suppose happened 20 or 30 years back."

Ricky Steiner and Rangi Timutimu also showed up to Aotea Square to support the hīkoi.

"We enjoyed everything here - we were just on our lunch break so it's good to come out and just see it all," Ms Timutimu said. 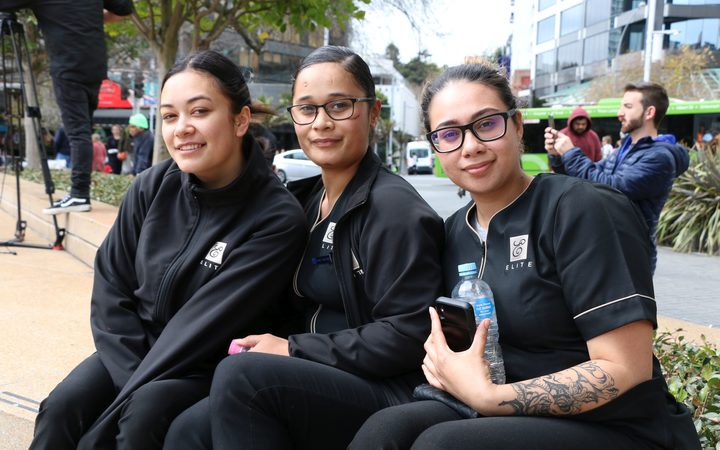 Ms Steiner did not grow up learning te reo Māori and said she felt a bit out of the loop not understanding what was going on at the hīkoi.

"I wish I could speak it and understand so I knew what everyone was talking about - my nan speaks it hard out."

Another Auckland te reo hīkoi will be held tomorrow at Manukau. 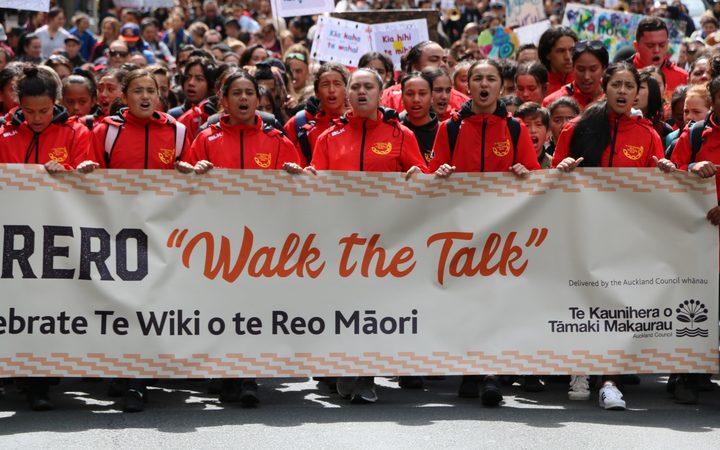