Young Māori have spoken out about being labelled "plastic" because they can't speak the language - saying the hurtful term is used to imply they're fake or less Māori. 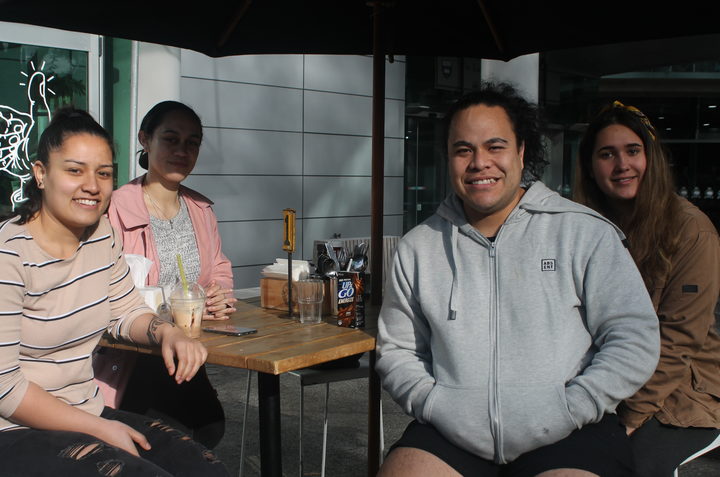 This week we've seen New Zealanders everywhere embracing te reo, sharing their stories, and encouraging others to learn the language.

But for many Māori who can't speak it, Te Wiki o te Reo Māori can be a stark reminder of the guilt and shame they feel not knowing their own language.

Eve Duncan Spring is from the iwi of Ngāruahine, but she's never learned how to speak her language.

Growing up it wasn't spoken in her home, and it wasn't offered as a language at the schools she went to.

"Where do I fit because if I say I'm Māori I'm not Māori enough but I'm not white, so if anything it just makes me sad," she said.

For Emma Brown, from Ngāpuhi, Māori was her first language as she went to Kohanga Reo.

But she was then enrolled into mainstream education for the rest of her schooling.

Now, she said, she could hold a conversation with a 5-year-old - anyone older and she feels out of her depth.

"We stopped using it around home and obviously stopped speaking Māori at school.

"I found that the better I got going through the westernised education system, the less I was able to retain that Māori that I learnt as a young kid."

She said through high school she often seemed worlds apart from the other Māori.

She had different interests from her peers, she enjoyed physics and she didn't hang out at the school marae.

As a result she was labelled 'plastic' by them, a term which still makes her angry.

"I don't know who came up with the standard."

"I've never heard a Pākehā be called plastic, but it's applied to every other culture like we've got standards to meet that someone else set for us."

Both Ms Duncan Spring and Ms Brown said the main reason they're not able to speak Māori has been their surroundings.

'It comes from within'

Jaymi Hirawani McTaggart had the same experience and she said she has been called plastic several times.

That's further complicated by her Pākehā-Chinese father and his stance on learning te reo Māori.

"I actually got discouraged by a couple of people. There's a outlook about it like 'it's not a global language, why's it so important to learn?' My dad was like, 'you should learn mandarin'."

However not everyone around them has been judgemental.

Tumanako Fa'aui said despite not being able to speak Māori he has had support from his elders.

"I've had enough kaumātua and fairly influential people tell me that it comes from within, it shouldn't be what's on the outside.

"You're Māori because of your whakapapa, it's not something for someone else to tell you."

Despite the label and the names, they're all taking steps to learn their reo. They've enrolled in courses and are learning from those around them who speak Māori.

"We did a course at Unitec, the free Māori courses. My nana was fluent and my dad is so there are opportunities around for me to learn."

Mr Fa'aui said speaking with his mum at home has been the biggest help.

"I've been doing correspondence te reo courses and my mum has picked it up again so we're trying to speak as much as we can to each other at home."