New Zealand has been competing in Olympic canoe/kayak racing since 1972 and has an impressive history.

At the Los Angeles Olympics in 1984 New Zealand won four gold medals, while another three medals were won at the 1988 Games in Seoul.

Two of New Zealand's most successful Olympians - Ian Ferguson, who won four gold medals and one silver in his career and Paul MacDonald, who also won five Olympic medals - competed in canoe/kayak racing.

Ben Fouhy won a silver medal in the men's kayak single (K1 1000m) at the Athens Games in 2004 and is New Zealand's only Olympic medalist in the sport since the 1980s. It is his third Olympics and he will race in the event again in London.

The 33-year-old from Taumarunui came to sprint kayaking through multi-sport and the related paddling discipline, marathon kayaking. In 2006, he set the K1 1000m world record, which stood until 2011. He won a silver medal in the event at the 2004 Athens Olympics, but only managed fourth place at the Beijing Games in 2008.

Fouhy has twice retired from the sport - for about three months in 2010 and at the start of 2011. However, he returned for the 2011 World Kayak Championships in Hungary last August and qualified for the Olympics in February this year.

Lisa Carrington is a strong medal contender in the team and London is her first Olympic Games. The 23-year-old is competing in her specialist event - the women's kayak single K1 200m - a new addition to the Olympic programme in 2012, and is the current world champion. She will also compete in the women's kayak double event (K2 500m) with Erin Taylor.

Steven Ferguson, the son of Ian Ferguson, will be competing at his fourth Olympics in the men's kayak double event (K2 1000m) with Darryl Fitzgerald, while 22-year-old Teneale Hatton is a first-time Olympian competing in the women's single event (K1 500m).

New Zealand has two athletes competing in the slalom - Mike Dawson in the men's kayak single (K1) and Luuka Jones in the women's canoe single (C1). No New Zealander has won a medal in the slalom.

Some information sourced from www.olympic.org.nz

Canoe sprint: Events take place at the Eton Dorney Rowing Centre, about 40km from London, from 6 August to 11 August. 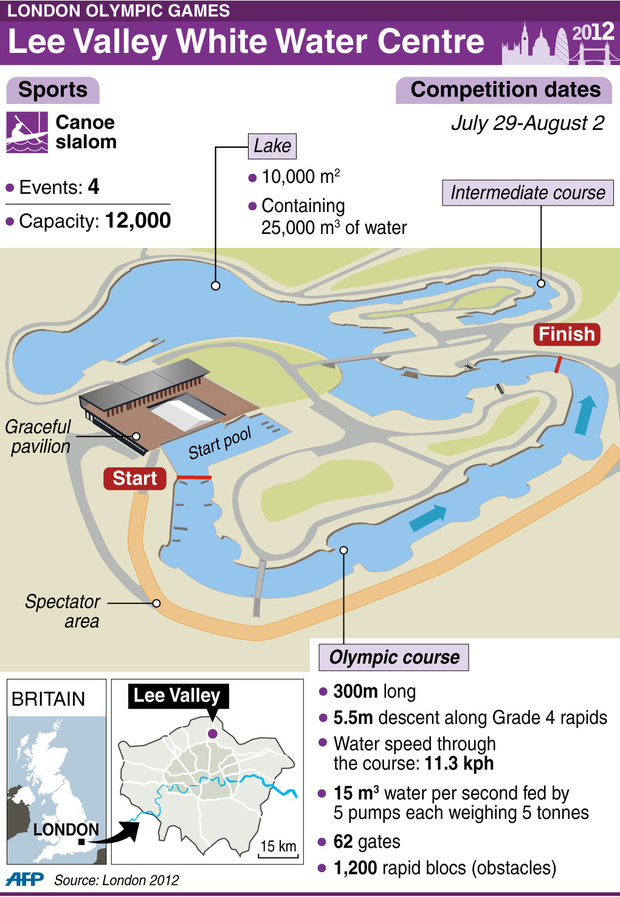