The new mayor of Christchurch says she's already had talks with the Earthquake Recovery Minister and plans more discussions with Gerry Brownlee and other ministers - to start moving the city forward.

Former Labour MP Lianne Dalziel has won the Christchurch mayoralty by more than 48,000 votes and will head a council which includes nine new councillors.

Ms Dalziel resigned from her Christchurch East seat, effective Friday night, and her Labour-aligned People's Choice ticket has picked up a seat in all but one of the city's wards. 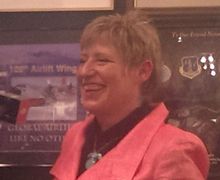 Lianne Dalziel says she and the new council have been handed an awesome mandate to take back the city and reclaim a democratic voice for Christchurch.

She says the people of the city want a mayor who understands central government and she's promising no spin, just the truth.

Ms Dalziel says she has already had one conversation with Gerry Brownlee on Saturday and she will be talking with him again on Monday.

She says Mr Brownlee is already thinking about how they can work together and she's very positive about what they are going to be able to achieve for Christchurch.

Ms Dalziel says she intends to use her political experience to help rebuild the city and her first priority is to build a team of councillors who can work together well.

She says she met with most of the new council on Sunday morning, which started the process of team building.

Ms Dalziel says there will be a new approach to openness, accountability and transparency from the council.