Ashburton deputy mayor Liz McMillan is imploring transport leaders to urgently look at the speed limit on a state highway road in the burgeoning Methven township, describing a section of the road as dangerous. 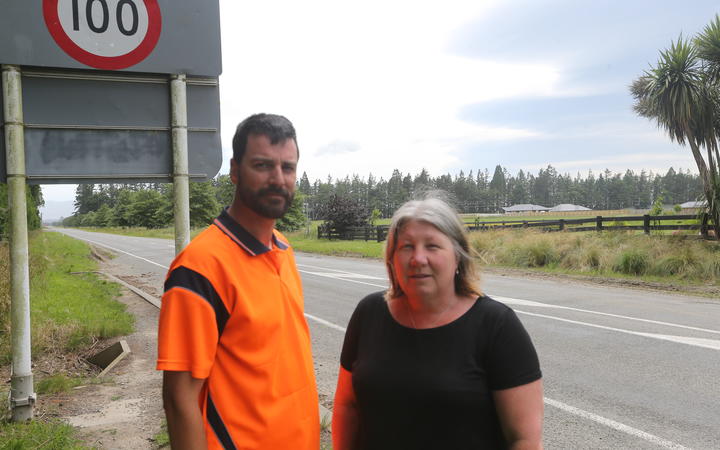 An online petition advocating for a speed limit cutback along a portion of State Highway 77 from 100km/h to 50km/h has been set up by the Methven community leader, after it was suggested a review could take up to six years.

With extensive residential development, a growing population, alongside the recent addition of the $15 million Ōpuke hotpools attraction, McMillan said the area of highway, between Racecourse Avenue and Holmes Road was fraught with risk.

"The popular Methven walkway runs behind the racecourse and we have many people walking on the side of the road where many cars are speeding past at 100km.

"It is dangerous for the community and for our visitors."

One commenter on the petition said it was "utter madness" to leave the road at 100km/h for another three years.

Concerns were also raised by Methven resident Mark Harris, who said he had engaged with Waka Kotahi NZ Transport Agency (NZTA) after observing several close calls in the 50km/h zone north of the township.

"This is unacceptable," Harris said, in a letter to community newspaper The Snowfed.

"Nobody wants to be hit by a vehicle and I'm sure nobody would want any accidents to happen around this small but growing community."

But NZTA have so far indicated that the corridor north of the town was well down on its list of priorities after Harris' letter was forwarded onto multiple managers at the agency.

Waka Kotahi maintenance contract manager John Keenan, in response to Harris' letter, said the State Highway 77 corridor was up for a speed management review, but realistically it was "three to six years away at best".

Keenan told McMillan and other Ashburton District Councillors at a Road Safety Coordinating Committee meeting last month to provide feedback with the agency after concerns were raised that speed limit reviews were too sluggish.

"It's also one of our lowest classification state highways.

"The [Safer Journeys Risk Assessment Tool] indicates that the collective risk is low-medium, and personal risk is medium, so no 'quick fix' is available in the short term."

The petition has so far been signed by more than 300 residents.