In the lead-up to the government's announcement today in Ōtara, Health Minister Andrew Little made a more informal visit to the suburb, hinting at a pivot in approach to supporting those on the frontlines of the outbreak. 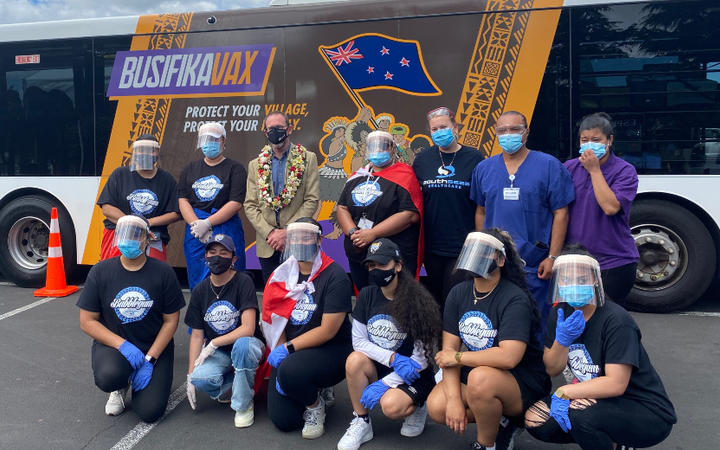 Andrew Little, third from left in the back row, with some of the South Seas staff. Photo: LDR / Justin Latif

What happens when you get a Covid-19 test, don't hear anything for days, so you head back to your doctor only to find out that yes, you tested positive? Or what happens when you do find out you've tested positive and you'll be self-isolating at home, but then the public health official doesn't explain how you can cover your bills or where you might be able to get a food parcel?

How do the other nine or 10 members of your household stay safe? And on top of all that, your kids don't have devices for their schooling while you're all in isolation.

These issues were among a number raised by South Auckland social service and healthcare providers at a recent meeting in Ōtara with Little, in the lead-up to an announcement in the suburb today, which saw several government ministers, including Little, outline changes to home isolation and social support for people with Covid-19.

Following a good-humoured and socially distanced morning tea on a balmy Saturday morning, Ōtara Health's Sosefina Paletaoga made an impassioned plea to the minister, describing the tribulations so many in her community are facing.

She said her staff have been working without respite for the last three months, providing food parcels, financial assistance and mental health support as people deal "with grief upon grief".

"We are seeing so many inequities," she said. "A lack of food is still an issue, we're seeing family relationship breakdowns, people are losing jobs and having to move. There are those taking care of sick family and there's the digital divide, with kids not being able to get online.

"And then you add testing positive for Covid to all that and so we're helping them with rent arrears, paying their power, water and we've got some homeowners fighting to pay their mortgage by the skin of their teeth."

Tāmaki Health chief executive Steffan Crausaz, whose organisation has 20 clinics across South Auckland, highlighted the issue of patients not being informed of their positive results for more than three days. But he also said the organisations gathered had proved their resilience so far and would find a way to "just solve" the inequities lockdown had exacerbated.

"We've got a huge growth in unmet need that's been created through this [lockdown], through delays and the lack of access, which is of huge concern to us.

"But what's really impressive is that despite the fact that many people have been separated by this, in a way, it's actually brought people together, and hopefully in this community we can find the right solutions for our patients." 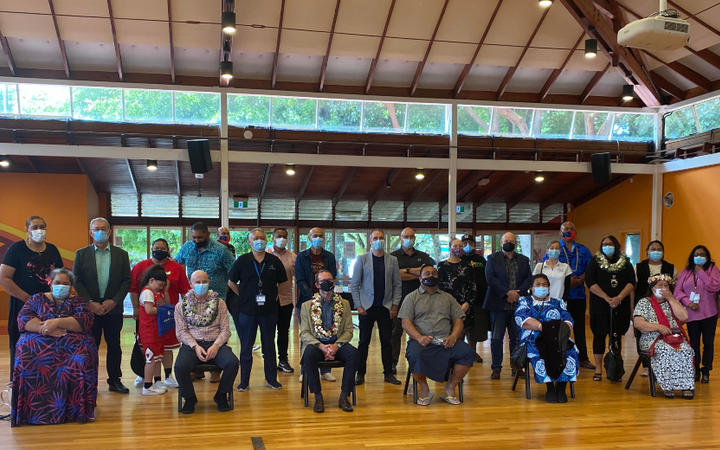 But rather than prevaricate from the harsh truths, Little welcomed these grass-roots accounts, promising that change was coming and that the government was determined "to get it right".

"There have been some people with Covid who have fallen through the cracks and aren't getting the care they need," he said. "But that's when South Auckland has stepped up and I know we've provided some support but it's come late."

He said with Covid-19 set to become more prevalent in the community, an impending short-term change will be in "the way we notify people if they're positive".

"If someone tests positive and they don't find out for several days, that's not right," he said.

"Or when people do find out, they get a phone call from someone who doesn't understand them or their community circumstances. So we've got to have health provisions that are locally led so when people test positive, they are being supported by people in their community."

Little indicated that changes will also include social service and local healthcare agencies being contracted for longer terms, along with select providers getting immediate access to details of new positive cases, so extra wraparound support can be made available.

Some of these changes are already being instituted, with South Seas Healthcare trialling this approach as part of a new pilot scheme that started this week.

"It's going to be like this for some months, possibly even a couple of years," Little said. "And in a few weeks' time this thing is going to shift around the country but if we don't get it right here in South Auckland, we're in big trouble.

"What has been demonstrated is that the leadership is here - it's not sitting in Wellington and it's not sitting around boardrooms in DHBs - it's here and we've seen that in action. But as these organisations step up, they've got to have some more certainty about their future."

Given how South Auckland providers have proven their effectiveness, Paletaoga also challenged Little to learn from Covid-19 and what has worked over the last 18 months.

"How do we increase equity? Start with trusting us. When you see high-trust models in operation, with the government trusting us, giving us the money and leaving us to get on with it, that's when you get outcomes like we have had."

Little says this won't be lost on his ministry when it comes to the new health reforms.

"We can't think once we've got through Covid, life is going to return to normal, because normal wasn't helping people. Normal wasn't providing healthcare and social needs. So the thing I've taken from the last few months is we can't go back to the way things were.

"We've seen what community leadership looks like and we've got to make sure the government supports that."

These sentiments are exactly what community leaders like Paletaoga want to see, but today's announcements will show whether such sentiment will become action.