A Māori health provider says Whānau Ora's legal victory over the Ministry of Health will mean it will be able to better target the unvaccinated. 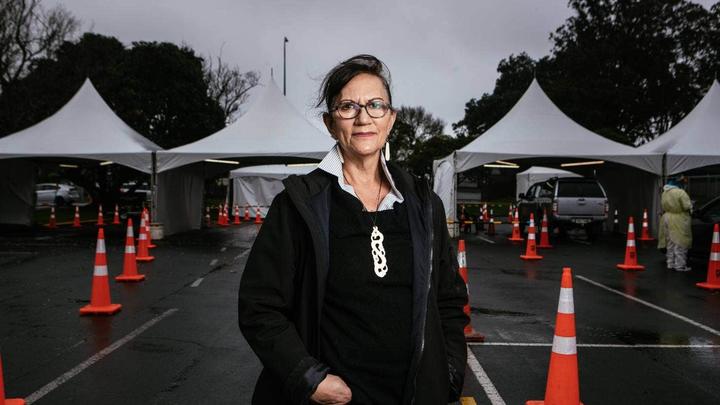 Figures released by the Ministry of Health show in Counties Manukau, only 55 percent of Māori are fully vaccinated, while 74 percent have received one dose.

The Whānau Ora Commissioning Agency took legal action against the ministry for refusing to release data on people who had not been vaccinated.

It asked the ministry to provide the contact details and vaccination status of all unvaccinated Māori in the North Island.

The outcome of the High Court proceeding was released on Monday, ruling against the ministry for withholding the information.

Winiata said mobile teams are busy vaccinating people in Māngere and Ōtara, but they have to rely on maps which only show the vaccination levels for whole suburbs.

"They don't help us much, because we already know not many people have been vaccinated in those areas," she said.

Winiata said having more in-depth information from the Ministry of Health would mean its units could be more effective.

"We need to know where to target our efforts," Winiata said. "I don't want to intrude in people's lives and we don't necessarily want names and street addresses, but we want to be able to target streets where we know there are low vaccination rates."

But despite the news about this week's decision in favor of Whānau Ora, she said there was still a long way to go to get people immunised against Covid-19 in South Auckland.

Data released by the ministry shows 78 percent of those who are eligible in the Counties Manukau DHB area are now fully vaccinated. That compares to 89 percent who have only received one dose.

Whānau Ora chief executive John Tamihere said it will be able to use the ministry data to text and email Māori who are unvaccinated.

Then individual Whānau Ora providers, like Turuki Healthcare, will be able to target specific streets identified as having large numbers of unvaccinated people, with leaflet drops and vaccinations.

"It will be a totally planned roll-out," Tamihere said. "We can't rely on heat maps to go on wild fishing expeditions."

But he said fully vaccinating 90 percent of Māori in areas like South Auckland before the end of the year isn't realistic.

"I think if we were given the information three months ago we would be right up there."

The Ministry of Health was contacted and asked if it planned to appeal this week's High Court decision.

A spokeswoman said it acknowledged the court's findings and will be reconsidering its position inline with the decision.