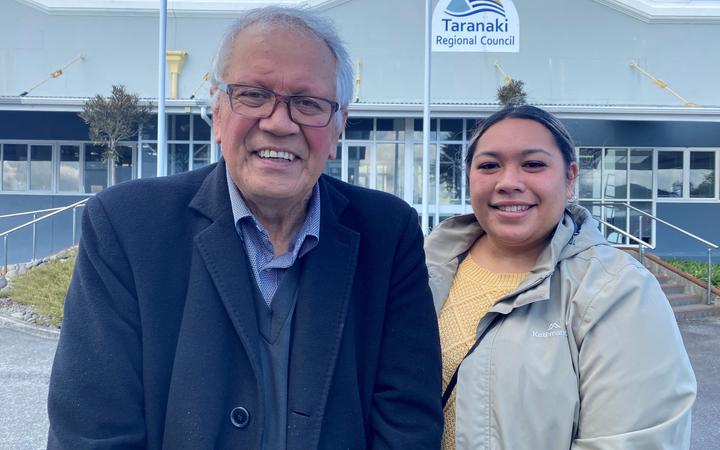 In June, regional councillors proposed keeping total seats at 11, and electoral formulas meant just one would be a Māori constituency.

But during consultation iwi called for an increase to 13 seats, which would allow two councillors to be elected by Māori electoral roll voters.

South Taranaki general roll voters had also objected to losing a councillor under the 11-seat proposal.

But councillors today voted against increasing their numbers, instead staying with 11 including a single Māori seat.

Chairman David MacLeod said he had changed his mind since the earlier decision, as Māori had made it clear they wanted greater representation, along with city and rural voting communities.

"We're in a new environment, I'd suggest maybe of only the last five years, of moving forward and having more Māori involved at decision-making tables. Having one Māori is not as good as having two Māori representatives at this council table.

"I've been on a number of different government entities where they have in recent times purposely brought more Māori to the table - and these were entities that I believe historically were quite afraid of doing that … But over time they have learned to value Māori input and what that contributes."

Councillor Craig Williamson said the 13-member option had been raised in workshops, which included iwi representatives, and dismissed immediately.

"I feel that the decision we made at the time was right. I think we are moving forward in the right direction and I'm very supportive of establishing a Māori ward. I don't think we need to run too fast now."

A suggestion from council officers that 3600 voters might switch to the Māori roll at the next opportunity in 2025 could be dealt with if it happened, he said.

"This [representation] is something that we're going to revisit and revisit again and if the council is still here in 2025 then this is something we can have a look at as well."

The 11-seat option with a single Māori seat won the vote by seven to four. David MacLeod, Elvisa Van Der Leden, Charlotte Littlewood and Michael Joyce voted against, while all other councillors voted in favour.

Before their deliberations, Ngāruahine leader John Hooker had been allowed to address councillors outside of the usual process.

He told them that South Taranaki and Stratford district council's recent decisions to meet Māori calls for seats had boosted trust, and Ngāruahine would now invest at least $5 million a year in each district for the next five years.

Hooker said up to $80m was available for investment - including in Taranaki Regional Council projects.

"I'm sure that a lot of our iwi would look quite favourably at co-investing in a lot of major issues that would affect our province - but the underpinning issue for that here is trust."

After the meeting he said some members were still living in the past but the world will move on without them.

"For example, when the TRC looks for funding for the likes of ports, airports, stadium we would have been ideal partners. They'll have to keep looking."

Emily Bailey, who is an iwi representative on the council's consents and regulatory committee, said it was disappointing just four councillors supported an extra seat for Māori.

"When our kaumatua from Ngāruahine talked about trust they've really shown that there's not the trust there for te ao Māori in Taranaki."

There was still a process to potentially appeal the decision, she said.

"There'll be backlash, this'll come back at them so they better be prepared to take that on."

This final proposal is subject to appeals or objections until 29 October.

Those appeals will be considered by the Local Government Commission which will have until 11 April 2022 to decide.