Democracy Reporter Felix Desmarais caught up with Bay of Plenty and Waiariki leaders to find out how they're spending their downtime in lockdown this time around. 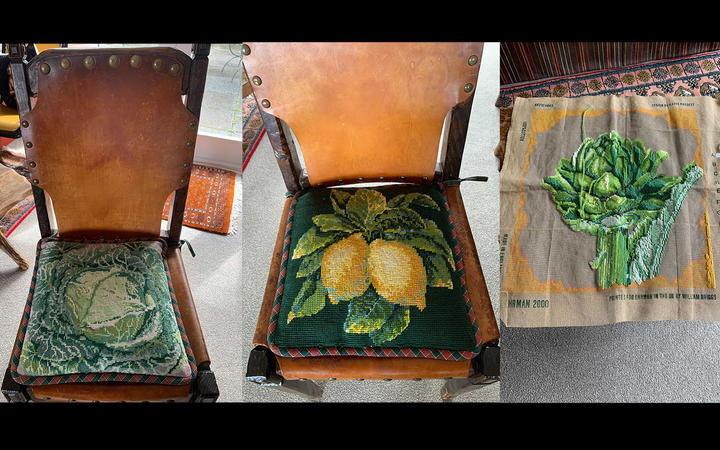 Todd McClay's electoral office was still working remotely, particularly talking with seniors to help them with medicine and food requirements.

"I'm going to find some time this afternoon in the sunshine of Rotorua to do a socially-distanced walk or run.

"I'd prefer the gym but the gym's not operating. So, if anybody sees a sweaty, red-faced MP it's not a heart condition, I've just decided to hit the road."

"We're seeing the situation in Auckland unfold quickly. In the coming days we'll know just how much of Delta has got into the community. It does spread much more virulently than the last Covid strain. People need to just adhere to the rules."

He said an important difference this time was that masks were mandatory in shops or where people might be in closer quarters.

"The rules are there for a reason, it is an inconvenience but it's important everybody does what they have to. Rotorua was amazing last time, I expect that everyone will take it seriously, it's such a responsible city."

Rawiri Waititi is spending lockdown on the farm in Whangaparaoa with his wife Kiri, four kids and two elderly parents.

"This is an opportunity to press reset with your own whānau, quite often we send the kids in the morning to school, and we all go to work and come back and there's not very much time spent with kids during the day.

"I'm looking out there at the moment and the kids have made a bit of a picnic out on the grass there, and they were riding horses this morning."

He said he had been cooking with his family and "teaching the kids different kai ingredients and things like that".

"It's going to be hard for many families, and we've just got to be kind and loving to each other and patient.

"If you think you need a bit of a break, have that conversation with the whānau and say I'm going for a bit of a walk and I need a bit of a break. But the key thing is we must stay within our own bubbles and making sure that we don't have contact with anyone else, because all this virus is wanting is a host and a carrier.

"The more we limit the ability for it to be carried around to find a host, the stronger fighting chance we have of mitigating this from our community."

He said it was particularly important to contact elderly whānau members and make sure they had medication and things like milk for their cups of tea.

"We've got to put a plan together to ensure we can support each other in this particular space."

Steve Chadwick, a self-described "social animal" is spending lockdown alone in her home in Rotorua.

She said she didn't relish the thought of it but was finding things to do in between council work.

"It's harder on your own. I have done it before.

"This is a very different variant this one."

She said she had been told not to attempt to rearrange furniture to avoid overloading the emergency department with "sore backs and torn muscles".

Chadwick was also catching up on the new season of Grace and Frankie on Netflix, and was catching up daily - online - with council chief executive Geoff Williams.

"I'm proud of how compliant the community's being.

"If we want to get back quicker, we've got to get on top of this as quickly as possible.

"There is a bit of a joke in my family. Many years ago I started embroidering a cushion for each seat at an eight-seater table and I've got one to go. They're all vegetables and someone said to me, you're going to get out your pumpkin tapestry again.

"It's the last one. If this carries on, yes I'll do that pumpkin, before I turn into a pumpkin."

Chadwick was also making sure to do a walk every day, but this time without stopping even for a socially-distanced chat with anyone, due to the highly contagious nature of the Covid-19 Delta variant.

"This is very different from last March. Do stay at home. That's the greatest protection, by you staying at home you're protecting others and you're also going to allow us to open up more quickly. And get the vaccine." 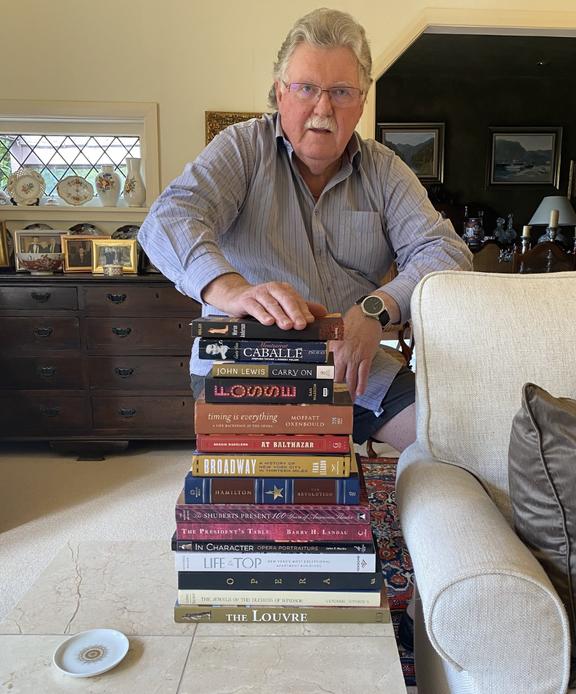 Lyall Thurston exclusively reads non-fiction books, but the stack of them had been getting pretty high, so he's taking time in between his work for the regional council and DHB to start working his way through them.

He is currently reading a book about Marian Anderson, an African-American contralto.

Thurston is spending lockdown with his wife Gabrielle, a school teacher. Living by himself but also in the same bubble is their son, Simon.

"I know New Zealand will put their shoulder to the wheel and give it all the support they possibly can. The sooner we're rid of it the better.

"It will only ever be a team effort that will rid us of Covid-19." 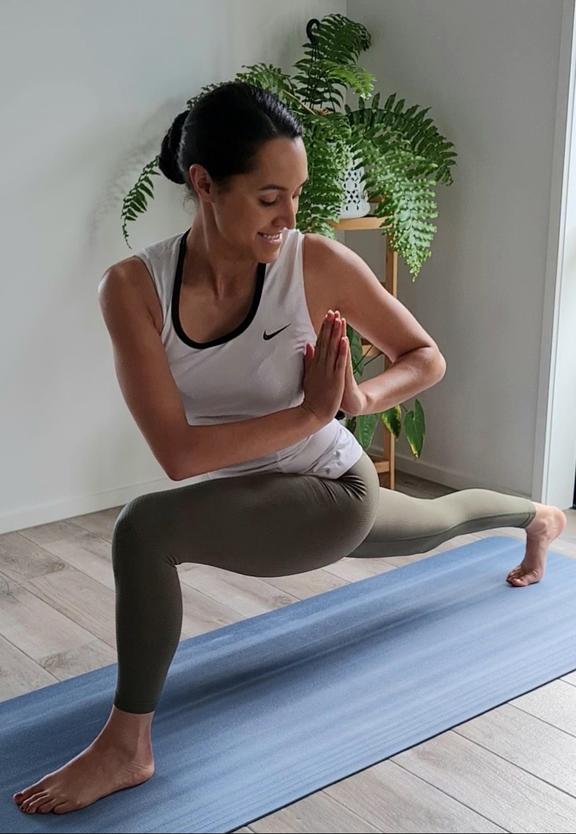 Tania Tapsell is spending lockdown in Rotorua with her husband Kanin Clancy.

She said in between carrying on council work remotely, she's using lockdown time to try out things she's "not normally very good at", such as baking and gardening. One of the first dishes was apple crumble.

"Because it's the second time around, there isn't that uncertainty. We just know we ned to keep focused on what we need to do.

She said getting outside for a brisk walk and spending time outdoors safely was an important part of that, and council reserves remained open for that purpose.

"It becomes a bit hard to juggle them alongside family responsibilities and kids' homework and classroom zooms as well. I am having to remember maths skills from 30-plus years ago to help one of my children. I'm not sure how well that's going to be honest."

However, he said the sun was shining in Tauranga, where he lives with his wife and three children, and his lockdown would also be spent with his mother.

"This means card games from my childhood in the early evenings which is really nice.

"We play a game handed down through the generations called Nominations. [It's] great fun.

"While people can have arguments about how we got into this position again, nevertheless it's crucial people obey the rules. Otherwise, we will end up with a far worse problem in the form of more and more people suffering from the Delta variant of Covid."

Anne Tolley is spending lockdown in Ōhope with her husband.

"My husband always enjoys lockdown because I have a bit more time to do some nice cooking for him. He's going to have cheese scones for lunch and I'm making a tagine for dinner, he's perking up his ears at that."

She said there was a fair bit of work rearranging council meetings, and she was worried about her daughter in the UK who had just been admitted to hospital for netball injury, which had caused internal bleeding.

She said it appeared non-life threatening but her daughter would still likely need an operation.

"Like many families with family members overseas it's really a struggle.

"My natural instinct would be to get on a plane and get over to her... it's hard, it's very hard.

"Like any mother, it doesn't matter how old your children are, you want to be with them. I'm sure there'll be lots of other families around the area who identify with how we're feeling at the moment."

Tolley said she was a gardener, so would be getting tomato and lettuce seedlings under way for Spring planting, and was also enjoying reading detective fiction.

"It's very important [to stay home]. We have to keep ourselves safe and this variant is extremely contagious.

"Don't go panic buy and stock up, the shops are still open and they've got plenty of stock.

"Keep yourselves and your families safe."