Hapū and iwi have been promised more influence in naming new roads in New Plymouth. 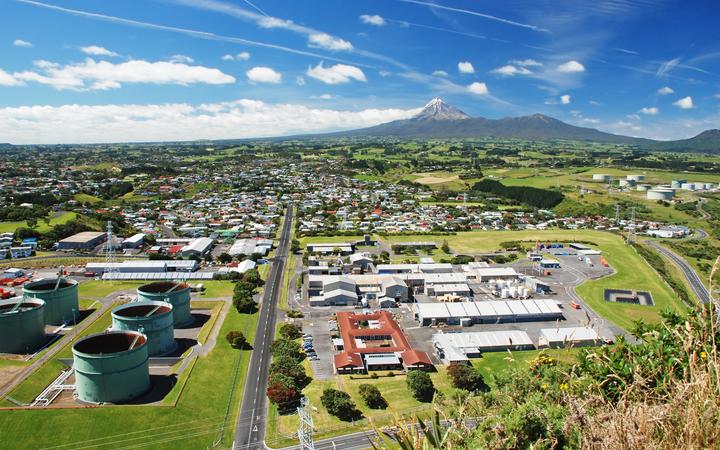 The council's iwi committee promised officials would be instructed to change how they work so mana whenua are consulted from the start of resource consent processes.

Te Huinga Taumatua yesterday approved a name for a right-of-way in a small new subdivision, after a months-long process.

The developer Wilson Still, who was long active in property development in New Plymouth, died during the project.

His family wanted to name the right-of-way after him, but Te Huinga Taumatua had instead offered the name Mahea Tōtara Way, both to honour Still as a fallen tōtara to his whanau and community, and to reference Puketōtara pā.

A compromise was agreed, with the lane to be named Wilson Way and tōtara trees planted to carry the Ngāti te Whiti narrative.

Damon Ritai of Ngāti te Whiti told the committee the hapū had accepted the compromise to move forward.

But he said the hapū repeatedly had to compromise because council officers called on it too late.

"When we come in at the end of a process that's far too late and by that stage the developer has already made up their mind.

"Sometimes it reflects on us as being the baddies, we're the baddies all of a sudden, that mana whenua are holding up the process."

Ritai said in another recent compromise the naming team had to suffer the prejudice of a developer.

"There was certainly… unconscious bias that sat with a developer… It's fair to say our group did feel mamae (hurt) after that conversation."

Sarah Mako of Te Kotahitanga o Te Atiawa said the iwi had in recent times geared up to provide naming stories quickly, and that ought to be reflected in council procedures.

She said it was urgent given the scarcity of Māori-owned land in the city.

"We're talking about less than one percent [of land in New Plymouth] so to have our language on land that has been subject to raupatu [confiscation] is only a small thing to ask."

The co-chair of Te Huinga Taumatua Gordon Brown said the committee had to take Ngāti te Whiti's view on board.

"We will tweak that policy and the instruction to the staff about when iwi are to be involved, and that will be at the beginning as soon as practicable: And that's an undertaking I'm happy to give on behalf of this committee right now."

Brown said the council's chief executive Craig Stevenson was of the same mind.

"We've listened, we've learned, and we will act."

"I was green and just thought councillors would see the value of this new subdivision in Waitara being given Māori names, given that the whole of Waitara is swamped by the names of British soldiers, colonels and majors.

"I would like to see this moment here in time as a milestone hui, for this council and council members to understand just how important those names are for us, to regain some sort of recognition that Māori lived and owned these lands."