The Cave Creek tragedy is generating lessons for new conservation recruits, in grief, betrayal and duty of care, more than 25 years after 13 Tai Poutini Polytechnic students and a DOC worker plunged to their deaths from a jerry-built viewing platform. 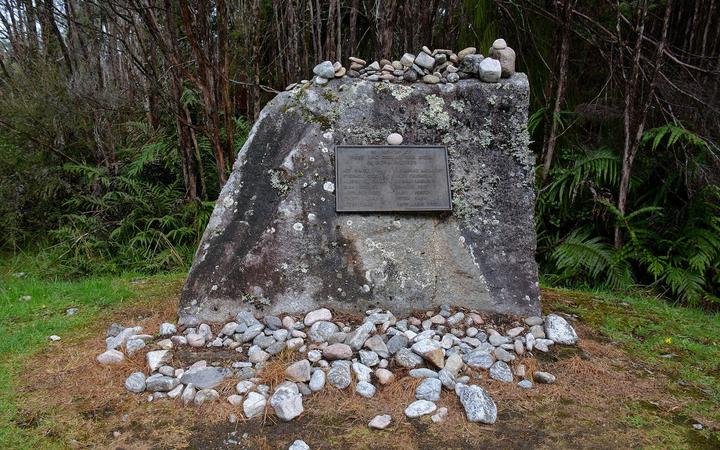 Members of the West Coast Conservation Board sat in sombre silence at their meeting last week to watch a video now shown to all new DOC staff members about the impact of that day in April 1995, for the community and the department.

Western South Island operations director Mark Davies says the video, with touching interviews from the families of those who died, and a survivor, was made to ensure the horrific event never faded from the memory of the department and those who worked for it.

"It was a defining moment for DOC. There was a terrible sense of betrayal ... that we had betrayed those families by failing to keep their young people safe, and I and others connected with the tragedy have a strong sense of responsibility to keep the story alive," Davies said.

He had his own sad and vivid memories of the day that killed the students and DOC Punakāiki ranger Stephen O'Dea.

"It seems like yesterday … I was sent up to Westport with my family to take Stephen's place. We went into the house and his boots were still at the door, his sheets still on the bed ... the kids were bullied at school ... we were called murderers."

For those sent to the scene at the bottom of the Cave Creek canyon, the memories were worse.

"The Land SAR (search and rescue) guys were sent up there with no idea what to expect -- they were confronted with a pile of bodies. Nobody could move. I met a guy in the police years later who still had PTSD," Davies said.

But every year since 1995 he or his deputy had met on the anniversary with Virginia and Harry Pawsey, the parents of student Kit Pawsey, who died at Cave Creek.

"They represent the families ... and they come down every year to Punakāiki and go to Cave Creek, and we always have a coffee and talk about things ... anything new, they always look under it to check the bolts."

The inquiry into the causes of the Cave Creek deaths found the DOC staff who built it used nails instead of bolts as intended, to secure the platform -- and linked the mistake to a lack of resources and poor systems within the department.

A new memorial plaque was unveiled at last year's commemoration.

Davies said the enduring legacy of Cave Creek was a sense of responsibility in DOC staff for what happened, and a commitment that anything they built would have engineering approval, meet the standard, and be safe for people to use.

"It has made us very risk averse when it comes to safety and some people think we have gone a bit overboard at times, such as the Truman Track." (DOC was criticised for blowing up a sandstone overhang in case it fell on track users.)

"But we are determined that there will never be another Cave Creek-type tragedy, and this video is a way to ensure our people never forget the story."