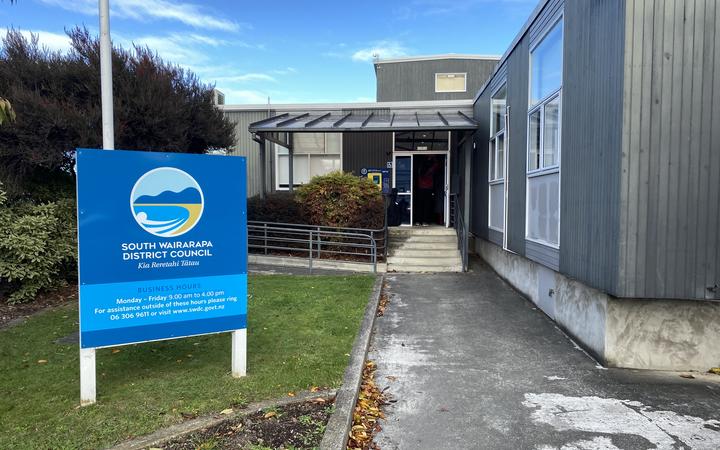 Dozens of residents left the public gallery after Beijen shut down requests for further discussion of rises, citing standing orders.

Each of them has now responded to Beijen's explanation.

Errington said South Wairarapa District Council's response to the public walkout during its latest meeting was "a deliberate attempt by the council to confuse the issue".

Geisler, who appeared on national radio and television programmes after her speech, said the council's explanation would confuse the public.

And Greytown resident Woodgyer said many others had spoken privately over the rises. 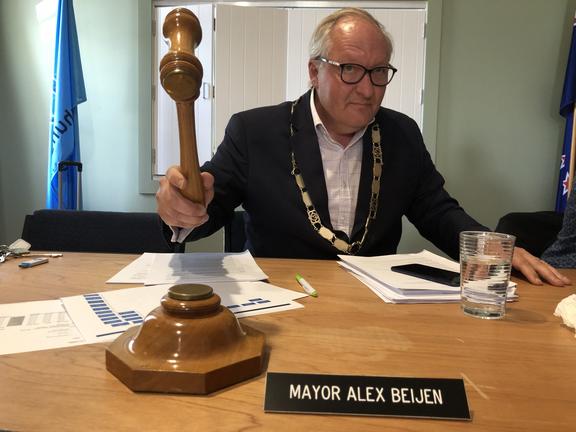 "You would have heard statements that people's rates had increased significantly and that council's overall rates increase is 28 per cent. This is incorrect.

"The figures cited by some speakers were based on $17.8 million. This was the amount collected in rates last year.

"It actually cost $19.3 million to deliver the services, however, council softened the impact on ratepayers by borrowing $1.5 million. The 28 percent cited did not take this loan into account.

"Following the LTP [long-term plan] consultation, council agreed this year's programme of work had an associated cost of $22.9 million.

"This is an uplift of 18.6 percent on last year's cost of $19.3 million. When this is adjusted for the growth in property numbers, the rates increase for a property with the average urban land value of $350,000 is 14.28 percent, as stated by council.

"At the same time, some rural property values have decreased, and their proportion of the rural general rate has decreased. The rating profile for each property is different, making it difficult to convey each individual rates increase within the context of the LTP consultation, given we have approximately 7000 rating units.

"We are working on providing more detailed information on the impact of land values to help ratepayers understand their individual rates increases."

Errington, an actuary, said the new statement showed they funded part of their plans by borrowing.

"Extra expenditure and borrowing should not be taken into account when comparing rates levies.

"What remains unchanged is the fact that they levied $17.8m in rates [last year]. That is the amount that should correctly be compared with this year's levy of $22.9m, an increase of 28.3 per cent.

"Using an example of a property with an unchanged land value at a time when SWDC urban land values have increased by 48 percent on average is totally misleading."

Geisler said it was time for councillors who did not want to mislead the public any further to "stand up".

"Check the numbers, stop abdicating responsibility and making excuses, read the material and discuss with other councillors. But make the truth known and stop this train of desperate and deliberate cover-up.

"Or tell me if you think my numbers are wrong, and ratepayers will not be paying 28 percent more this year than they paid last year."

Carter said it seemed the council was blaming the public for using the wrong figures, and the statement emphasised the need for public meetings on the rates.

"People's rates have still gone up more than 14.28 percent.

"It doesn't matter how you cut the cloth - people are talking about rates increase everywhere: the Mitre 10 car park, the Greytown Working Men's Club, on the train, at the petrol station, at Cool Change in Martinborough.

"That's how much of an impact it has had."

Carter wondered when SWDC had recognised how shocking the unexpected rates rise was.

"Was it after the council meeting on Wednesday 28 July, or the interview on the Breakfast Show on Thursday 29 July? The rates have been out about three weeks."

"The Mayor and councillors must certainly move in different circles to me. People in Greytown, many I don't know, have approached me angry about their rate rises."

He said most making submissions on the council's long-term plan would not have agreed to the rises.

"You just have to look at the anger being showed by ratepayers now."

He disagreed the SWDC's standing orders prevented the issue being discussed at Wednesday's meeting.

The next SWDC meeting is on 23 September 23. Its Finance, Audit and Risk committee meets in Martinborough on 11 August.

Sue Teodoro of the Wairarapa Times-Age also contributed to this story.