It all started with a monthly sausage sizzle on Ōtara's Cooper Crescent. 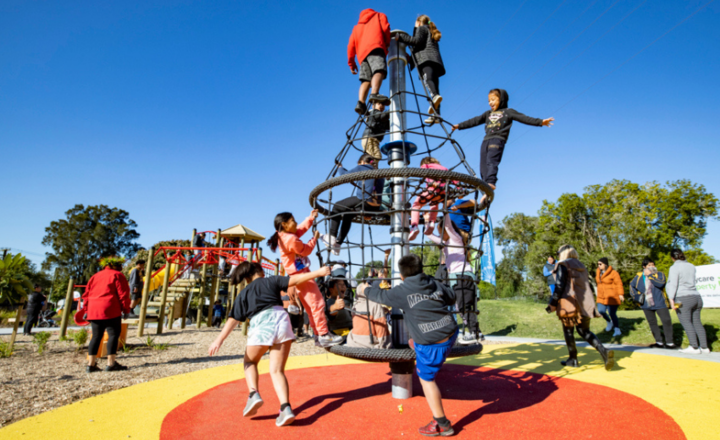 Children playing at Toetoe-roa/Cooper Park after its opening on 3 July. Photo: Auckland Council

Fast forward three years and $600,000 worth of upgrades and Toetoe-roa/Cooper Park now has a shiny yellow and red playground, upgraded basketball and volleyball courts, a mini pump track and a picnic area.

But such a project is an exception to the norm.

According to a council-commissioned report in 2018, despite 25 percent of Auckland's children living in the southern parts of the city, only 16 percent of the city's play equipment was located there. Furthermore, playgrounds in Mt Albert and Mt Eden were found to have an average of five pieces of equipment per facility, whereas playgrounds in South Auckland only have three.

As reported by The Spinoff last month, the reasons for the ongoing disparities relate to the decision by Manukau City Council, prior to its amalgamation into the supercity, to build more playgrounds and community facilities in the eastern parts of its region. As a result, under Auckland Council's current distribution model, the Howick Local Board receives over $26 million a year in Asset-Based Services (ABS) funding to manage its community facilities, while the rest of the South Auckland local boards receive $10m-$17m. 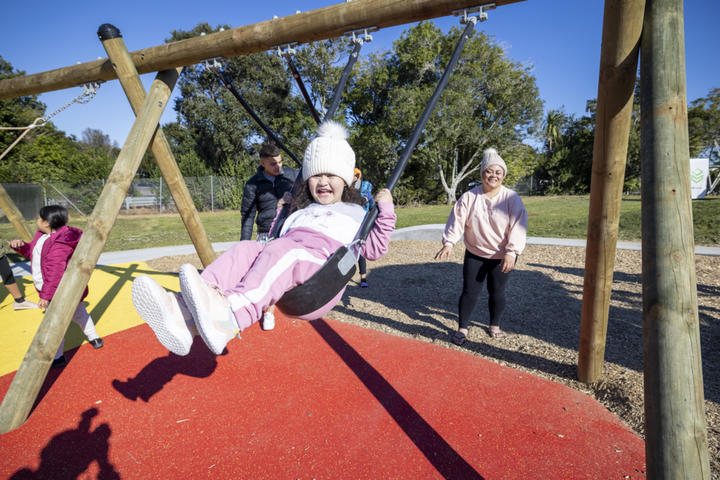 For Lee Naniseni and her neighbours on Cooper Crescent, reversing these inequities was not their main priority.

The mother of seven says she and a small group of friends just wanted to connect with their neighbours, so they started holding a series of monthly community barbecues on her street.

She says that while the kids were quick to come together and play, the parents initially held back, because they weren't used to interacting with their neighbourhood.

"It was about building a new culture and breaking down barriers, and so using food is always a good start," Naniseni says.

They had help from the My Street project, run by the Community Builders NZ Trust, a grassroots programme aimed at improving health and wellbeing in Ōtara.

"They basically helped us develop local leaders and taught us how to connect the neighbours and it just built on from there."

It soon became apparent that an upgraded park and playground was something most families wanted.

"Nothing had happened to his park for 40 years," she says.

"There was drug dealing, the slide had been burnt off and the swings would go missing. It was really rundown and if it was school holidays, the kids wouldn't go there. It was a really desolate space."

Naniseni, who has lived on the street since she was a child, says the community-building effort progressed from casual barbecues to organising a Christmas lights event, starting a community Facebook page, and eventually getting a petition going for the local park to get a playground upgrade.

"We started holding regular meetings. People started to become a lot more aware of the kids. And with the Facebook page, parents were able to negotiate for people to keep their dogs inside when kids walk to school."

She says when they presented the petition and its more than 200 signatures to the Ōtara-Papatoetoe Local Board, they were surprised to find the board so open to their idea.

"It just shows the power of the voice of the community when people come together. And that's how we were able to get this over the line, as council also heard the voices of our community."

The community was able to co-design the park, right down to the colours on the slides.

"Council has been amazing," Naniseni says. "The team worked closely with our residents and every time we put forward ideas, they were just really receptive." 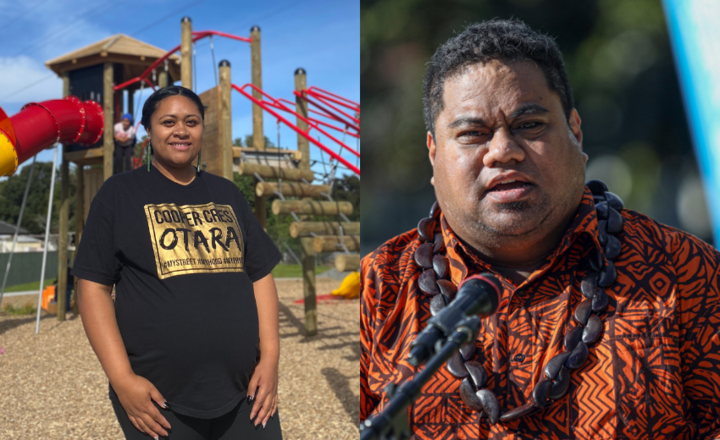 Something for the next generation

Another local, Yvonne Matson, was part of the planning for the original playground about 40 years ago. She says it was a special moment seeing a new generation taking up the community leadership mantle.

"All I wanted back then was to give our kids a decent area to play at. A lot of those kids like Lee [Naniseni] are still living in this community and it's heartwarming to see them now doing the same for their kids and the next generation."

Mitchell Tomai and his family moved to Whitley Crescent, at the northern end of Toetoe-roa/Cooper Park, three years ago.

He says this particular corner of the suburb has "changed massively" as a result of the work by Naniseni and her team.

"They have really brought the community together," he says.

"Their Christmas lights event just gets bigger and bigger every year. The street gets closed, they have food stalls and performances and it's already better than the Franklin Road Christmas lights." 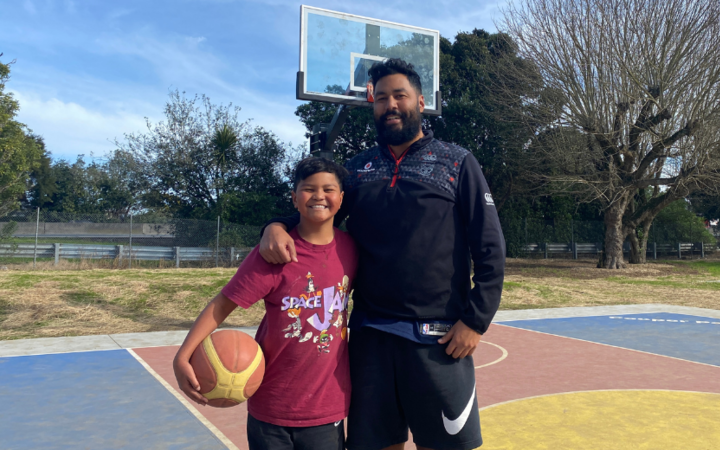 Making the case for change

"We had to put in extra LDI [locally driven initiatives] funding which is our discretionary funding, which meant we had to take it out from elsewhere," he says.

"If we were funded better under the distribution of ABS funds, we wouldn't have to use our LDI funds. But we can then justify putting money into it, because we know that it will have good outcomes."

He says along with finding the cash for this project, the board also had to convince council staff they should move away from their predetermined renewal programme.

"The parks staff have their schedules of maintenance and renewals, so we have to show a good reason why we should bring forward one park over others."

His advice to other communities in South Auckland wanting improved facilities is to follow the example shown by the residents of Cooper Crescent.

"At the end of the day, we're all underfunded but if there's a community movement behind [the idea of a new playground], that gives us the impetus to reprioritise funding. We've found when it's designed by the community, there's going to be greater ownership of it.

"For this community, it's their playground and they've designed it exactly how they want it, and for me, that's what creating communities is about."