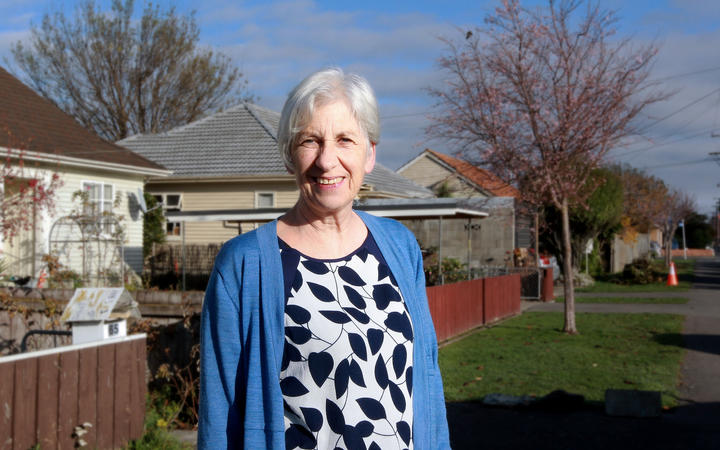 Affordable housing was a hot topic at the Marlborough District Council's long-term plan hearings this month after a report suggested it needed to increase rent at its senior units by up to 35 percent to keep within market rates.

Marlborough Sustainable Housing Trust chair and housing researcher Dr Bev James was one of two experts to argue that rent should be set at 25 percent of a senior's income, saying pensioners were already paying more than they could afford.

James said figures from the Ministry of Social Development showed almost half of the pensioners renting a house in the region were on the Accommodation Supplement - a benefit paid to those who could not afford their own housing costs.

This included "many" of the council's senior housing tenants.

"This, by definition, means their current rent is unaffordable."

The council charged seniors about $175 a week in rent for a one-bed unit, or about $225 a week for a two-bed. Seniors that lived alone received $436 a week in superannuation, while couples received $672.

Seniors could also receive income from an overseas pension, a pension set up by their employer, savings, assets or family.

James said raising the rent of the units would only put more stress on pensioners. The amount they received through the Accommodation Supplement did not rise with a rent increase.

A person living alone and receiving superannuation could receive up to $105 a week from the Accommodation Supplement if in Blenheim, or up to $80 a week if in Picton. 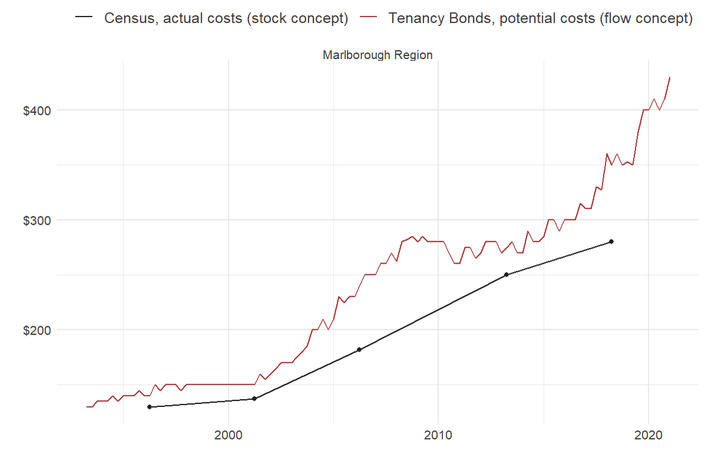 Both flow rents and stock rents can be used to keep track of the housing market, but one of them can be much higher than the other. Photo: supplied

Seniors in the region received an average of $73.16 a week.

Figures put to the housing for seniors sub-committee in March showed the rent of an average one-bedroom flat in Blenheim was $300 a week, while a two-bedroom was $380.

To keep in line with market rate, as was required by the council's own policies, the council would need to increase its weekly rent by up to $66 for a one-bed and $78 for a two-bed.

Seniors said the increase would be "impossible" to pay, and decided at a meeting last month that a $10-a-week increase was more "reasonable", as their flats weren't up to scratch. 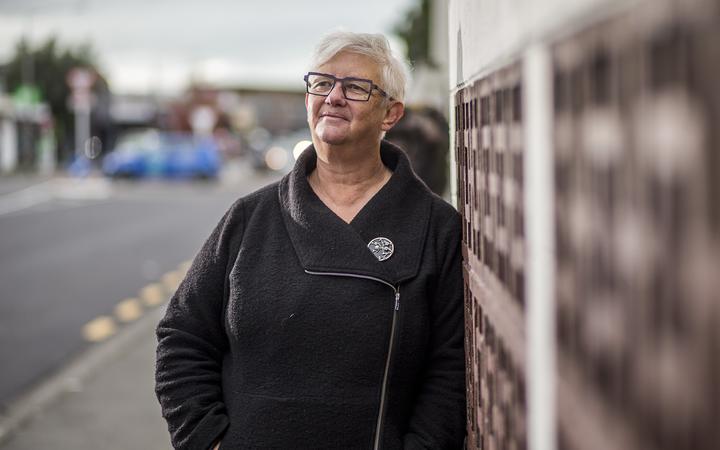 Kay Saville-Smith was made a Member of the New Zealand Order of Merit in 2018 for her contribution to seniors and housing. Photo: Ricky Wilson/Stuff

But housing researcher and sociologist Dr Kay Saville-Smith said the council's current approach to rent-setting was "neither affordable nor, as claimed, based on market rents".

Saville-Smith said the council appeared to be basing its rent on "flow rents" (the amount landlords were receiving from new bonds), rather than "stock rents" (the average rent price in an area, including rents that had not increased in a while).

This could be causing it to set its rent higher than the actual market average, placing seniors into "severe housing stress".

Saville-Smith said Marlborough's average flow rent in 2018 was about $150 a week higher than its average stock rent. That was the same year the council raised senior housing rents by about 30 per cent, saying at the time it was a rental "re-set".

"Seniors are very vulnerable and have constrained incomes - superannuation is predicted on seniors being mortgage-free and not paying rents ... Unless rents are affordable, seniors struggle with care [like] dental, prescriptions and eye care."

She asked for the council to either base its calculations on stock rents or set "affordable and fair" rents for seniors - the international standard being 25 percent of a senior's income.

Market rates were influenced by housing availability, supply chains, and the availability of tradespeople, the Sowrys said.

Councillors told the Sowrys at the long-term plan hearings earlier this month that the housing for seniors sub-committee would likely reconsider the council's market rate policy as part of its rent review, with the verdict mailed to tenants.

Councillor David Croad said at the hearings there was "no way" he would support a rent increase like 35 percent "just because the rental market had got away from us".

"It wouldn't be what a caring council would do."

A week later, during long-term plan deliberations, councillors agreed that James and Saville-Smith would be invited to be part of the council's wider housing think-tank. Their decision would be approved on 24 June, alongside the long-term plan.