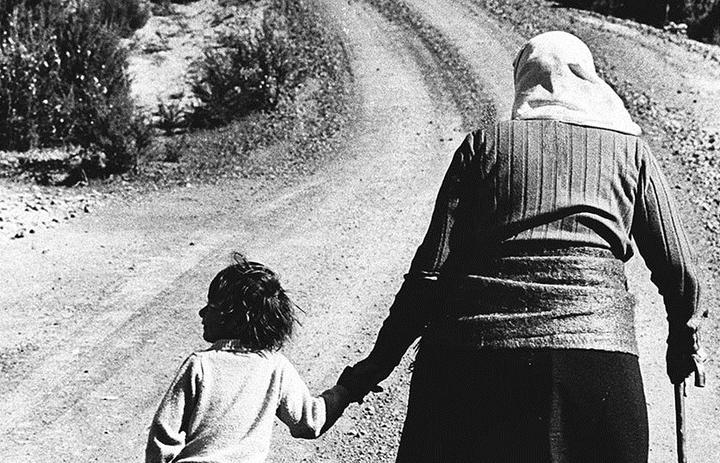 The now famous photo of Dame Whina Cooper setting off on her 1100km march to Parliament with three-year-old granddaughter Irenee Cooper. Opponents to the SNAs policy are retracing some of the land march steps. Photo: Supplied / New Zealand Herald

The Hokianga kuia will be among expected hundreds from across the Far North and beyond in the hīkoi to FNDC's head office in Kaikohe on 11 June.

"My mother marched to Wellington in 1975 at the age of 83 to the call of 'not one more acre'," Puru said of the journey she was also part of.

"Now, nearly 50 years on we're still having to do the same thing with this hīkoi."

FNDC has sent 8000 letters to its residents identifying up to 100 percent of some properties to be classified as SNAs of biodiversity worth. This will mean the introduction of major limits on what can be done with this land into the future.

The work comes as the government looks to controversially bring in SNAs across New Zealand and passes the task of their implementation on to councils.

Puru said FNDC needed to listen to the call of its people against SNAs.

"Sometimes it's hard to sleep thinking about it," she said of her concerns over Māori land being taken. The SNAs were another example of this.

The 11 June date is the FNDC deadline for landowner submissions on the proposed SNAs.

Hīkoi participants will start walking from Te Rerenga Wairua/Cape Reinga on 10 June with others starting on 11 June and travelling in a mix of vehicles from Panguru and other parts of Hokianga, Ōhaeawai, Taumārere/Moerewa, Whangaroa and Whangārei.

Organiser Kate Lowe said the message to FNDC chief executive Shaun Clarke at the meeting was that the council should immediately stop its SNAs work.

It should also push back against the government aim to bring in the classifications which limited what people did on their private land, she said.

The Northern Advocate asked FNDC whether it would be stopping or pushing back against government moves to bring in the classifications, but the council did not respond by edition time.

Lowe said everybody needed to take note of SNAs. They were not just something affecting farmers, Māori landowners and others in rural areas.

"SNAs are also coming to a town near you too," Lowe said.

Another anti-SNAs meeting was to be held in Kaeo on Thursday night.

She said receiving a letter from the council including a property map with identified SNAs was an invasive experience.

"We want FNDC - and all Northland councils - to stop this SNA process," Lyndon said.

The SNAs outcry forced FNDC to host a two-hour online forum via the council's YouTube channel next Tuesday, 8 June at 1.30pm.

A range of council-selected SNA experts will speak including FNDC councillors and staff, planning and ecology experts plus community leaders who have expressed strong views about SNAs.

"Our mother warned us, she said we (Māori) would become ... landless," Puru said.

Lowe said anybody in the community could make submissions on SNAs, not just landowners.

She urged those doing so to simply say no to SNAs. Those who had received a letter about the zoning should not participate in the process by commenting on the mapping provided for their properties.