Sāmoan authors say their language is more than just a means of communication, but also a way to build confidence among their fellow youth. 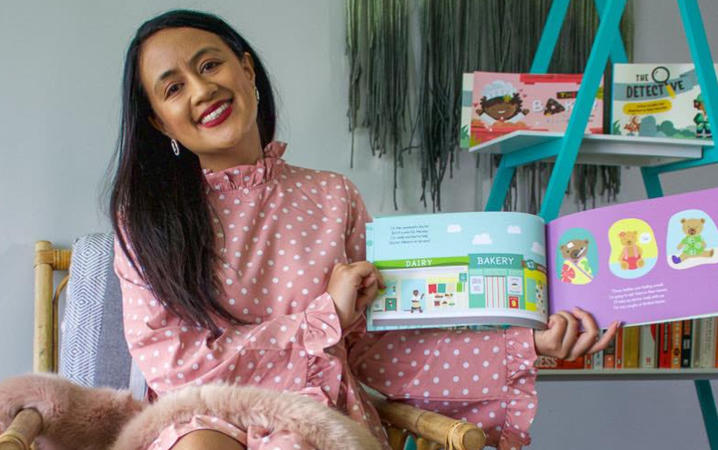 For one children's author, using her Sāmoan language is an act of decolonisation. For another group of Sāmoan writers, it's a means to reconnect to home.

It's Sāmoan language week and for Reina Vaai just the simple act of speaking her mother tongue has powerful ramifications.

"When our parents first migrated here, they were trying to assimilate - so speaking Sāmoan was not a good thing," she said.

"But now there's a huge revival from second-generation Sāmoans wanting to reclaim their language, participating [in Sāmoan language week] is actually an act of decolonisation."

The criminal barrister turned writer has four books for children to her name, all peppered with the Sāmoan language, colourful characters and her culture.

Parents often tell her the books, which she distributes in schools and libraries both in Auckland and back in Sāmoa, are helping their families rediscover a love for their language.

"It's been amazing to see the messages from parents, who can't speak Sāmoan but are really keen to give these books to their children, so they can reconnect."

Being proficient in the language has helped her work out her own identity in a western context, she said.

"Growing up I wasn't allowed to speak English at home, as my parents were huge on knowing my culture. And it's really helped to guide me, as it's been a foundation for my life as the language is a tool for me to better navigate different pressures as well as support my family."

'It gives you more confidence'

For a group of 10 student authors at Tangaroa College in Ōtara, sharing stories of home in a soon-to-be-released bi-lingual book has helped to rekindle memories of families back in Sāmoa, while encouraging New Zealand-born Sāmoan peers to persevere with their language skills. 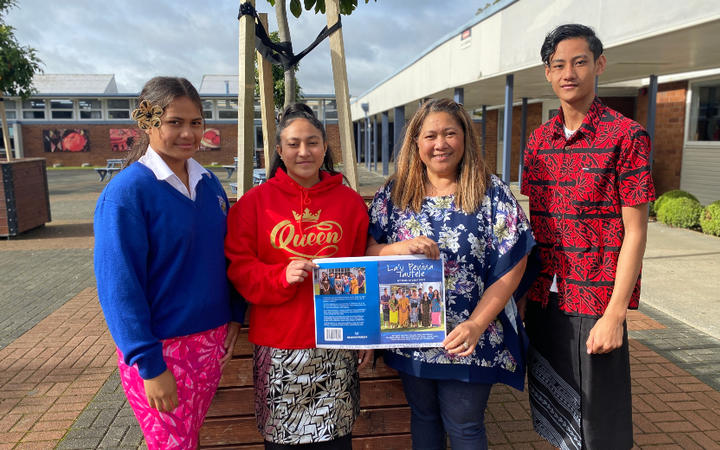 The trio all came to New Zealand for secondary school but have not seen their parents and younger siblings since the Covid-19 pandemic resulted in travel restrictions being imposed between the two nations.

Tanavasu, 16, said it had been hard not seeing her parents for such a long time, but contributing to the book had been a special way to recall life back home and it inspired her to want to write a second book about her family.

"I know that English is our second language, but it's important to keep our culture active and because our language is so important to us," she said.

Nanai, 15, said being strong in her language gave her more confidence.

"It's important for our young people not to be shy to share our culture. I know we have to learn English because that's how we'll get jobs, but you have to know your first language, because then it's easier to learn your second language. And it also gives you more confidence."

Togisau Chan Sau's message to his fellow Sāmoan peers was clear: "with the Sāmoan language and culture, you can be anything you want".

Auckland councillor Fa'anana Efeso Collins grew up in Ōtara at a time when speaking only English was encouraged, so seeing the opportunities available to students at his old school was "inspiring".

"I went to school at a time when kids were being told not to speak their native tongue at home. But language is a key pillar of one's culture so learning and maintaining your home language is pivotal to your identity.

"As a semi proficient speaker of Sāmoan I take any opportunity to speak the language, however embarrassed I feel in certain contexts."

The students wrote the book as part of an Auckland Council-funded project, which councillor Alf Filipaina said was to increase the Pacific language and te reo Māori content in libraries. 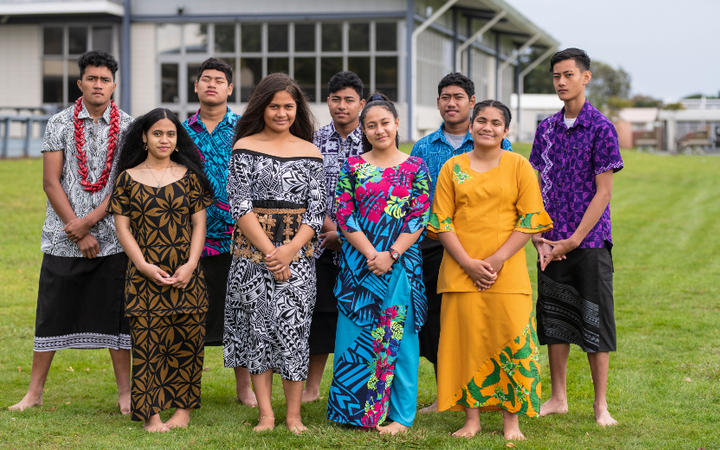 "A lot of reading material comes from places like the US and the UK. We want to see more content that reflects Aotearoa and the incredible stories and people who call here home."

Council's libraries publishing partnership lead Anne-Marie Shepherd said the project cost $15,000 and would be the first of many.

"I knew David Riley from Tangaroa College was already working in this space. So we had a chat and we just went from there. And I have to really hand it to David and the students, it was touch and go that we would have it ready for Sāmoan language week.

"It was a pretty tight deadline, but we managed to achieve it."

*La'u Penina Tautele My Pearl of Great Price will be launched at Tupu Library in Ōtara at 6pm on Friday, 4 June where the book will be available to the public to borrow.