"Every time we poison the river, we poison ourselves." 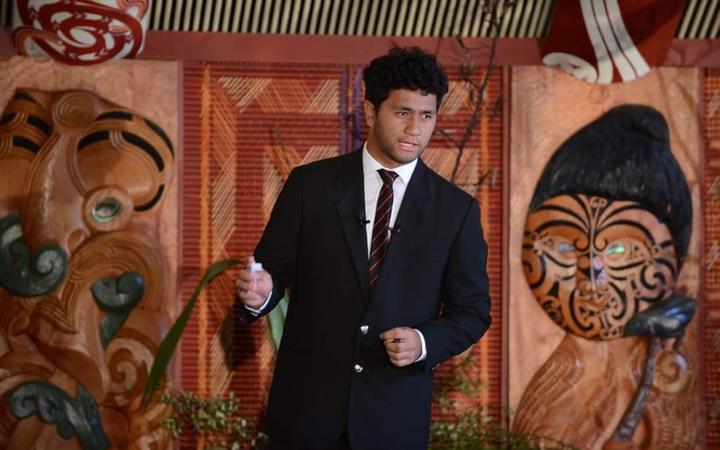 "Ko au te awa, ko te awa ko au. I am the river, the river is me," the 16-year-old said, quoting a whakataukī,or Maori proverb.

"When the mauri (spirit) of the river is damaged, we too feel the repercussions."

Mairangi, who is Ngāi Tūhoe and Ngāti Porou, presented photos of infected sores, which paddlers believed could be attributed to the unhealthy state of the awa.

"These images are actual representations of the impacts imposed on us, when the mauri and physical condition of the wai (water) is sick."

Mairangi was speaking at a meeting about restoring the Waimatā River to a state of ora, along with members of an Auckland University research team, including microbiologist and New Zealander of the Year Dr Siouxsie Wiles.

Horouta Waka Hoe club paddlers shared photos of infected toes, which they believed could be attributed to the unhealthy state of the awa. Photo: LDR / Supplied

Wiles this week said she expected research to find links between untreated sewage discharged into Gisborne rivers, along with other "nasty bacteria", and illness.

Gisborne Boys' High student Mairangi started his korero by reminding the crowd of the spiritual and historical connection Māori had to waterways.

"The river has very much been part of us as it has been a part of our history.

"Our awa (river) didn't just provide us with food or a place to have fun. In its simplest form of providence, it brought us here, it showed us our way home.

From that moment our connection with the awa was forged.

"What brings us here today is our remaining connection, our concern, our commitment to the Waimatā River and all the rivers in our region, our motu (country) and our world."

He explained how lucky they were to have the connection they had with the awa through waka ama.

"Every time we're on the river - training, paddling, having fun - we're reconnecting with that little part of ourselves."

But it also meant they were the first to notice when the river was dying, "when that little part of ourselves is being poisoned".

His korero to about 120 people on Thursday night was a "raw account" of what the paddlers saw, felt and experienced on the river.

And what they saw was the awa being poisoned.

"Whether it be discarded plastics or the dumping of sewage - we are killing ourselves.

"Bottles, plastics, bags. Trust me when I say we would love nothing more than to put every single drop of plastic into our waka, but our hulls just aren't big enough". 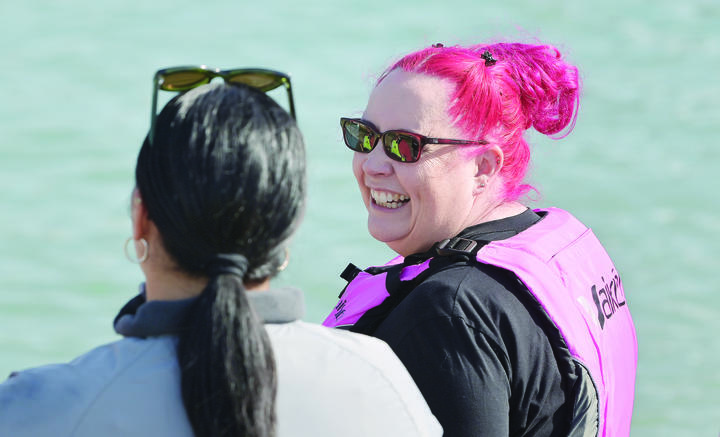 Dr Siouxsie Wiles about to go for a paddle in Gisborne on Friday. Photo: Gisborne Herald / Liam Clayton

Mairangi spoke of problems that started well before they were born, such as historical landfills and of issues that they saw today like the health warnings erected on the foreshore when sewage had been released into the awa.

"They tell us when raw sewage has been released into our awa, preventing us from going into the river and reconnecting with that little part of ourselves.

"Is it too hard to fix it - to stop the killing of ourselves?"

In his 16 years, he had quickly learnt that humans were selfish, he said.

"Our collective voice can support the movement towards changing people's attitudes on water and ensuring everyone gets to learn, understand and appreciate the wai as a true life source of our existence.

"We need to reduce pollution, we need to educate people, we need to apply tikanga Māori and, most importantly, we have to reconnect with ourselves."

During heavy rainfall some parts of the city's wastewater network is inundated with stormwater and the network cannot cope with the volume.

That causes wastewater to overflow on to private properties and out of manholes on to roads, raising health risks.

To prevent this from happening, Gisborne District Council opens valves to discharge the untreated sewage into the river.

The council is seeking a 20-year resource consent application to discharge untreated wastewater into the Taruheru, Tūranganui and Waimatā rivers and Waikanae Stream.

It said this would provide enough time for investment and improvements to the drainage network to be made.

The Let the River Speak team have just started a three-year initiative finding new ways to give rivers "voice" and to revitalise rivers as living communities of landscapes, plants, animals and people.

The project will incorporate different disciplines, local communities and a range of practical interventions aimed at restoring river communities to a state of ora - prosperity, health and wellbeing.