Six weeks - that's how long Gore District Council has left to make peace with residents upset over a roading project trial in their Southland town. 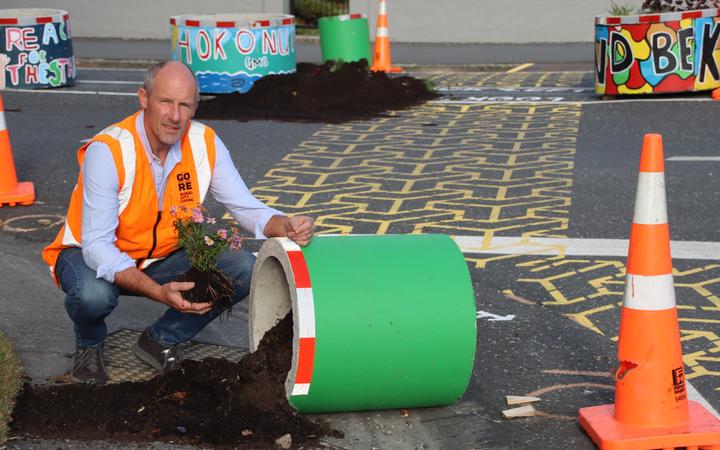 Discontent has bubbled over following the rollout of a Streets Alive project two months ago. Street calming planter boxes have been repeatedly vandalised, more than 1000 people have signed a petition and a council meeting this week burst at the seams with vocal locals.

But locals have been loud about perceived flaws, arguing it's done anything but.

At a Gore District Council meeting on Tuesday, Christopher Scoles presented a 1000-strong petition calling for changes to a number of the installations.

Roading asset manager Peter Standring said he was not surprised by the backlash.

"It's a relatively conservative agricultural serviced town, so change is always difficult. But change is difficult anywhere.

"I just hoped people would try and grasp a really good understanding of what we're trying to do before making comment."

The goal is to bring to fruition a project that encapsulates six themes agreed on following community workshops in 2020.

Those include creative street spaces, easing congestion, and enhancing safety.

Standring believed the council had ticked "pretty much all of the boxes" but said people only piped up when installations directly affected them.

His team had put a lot of effort into communicating what to expect and Waka Kotahi NZ Transport Agency (the main project funder) was "bowled over" by the lengths the team had gone to, he said. 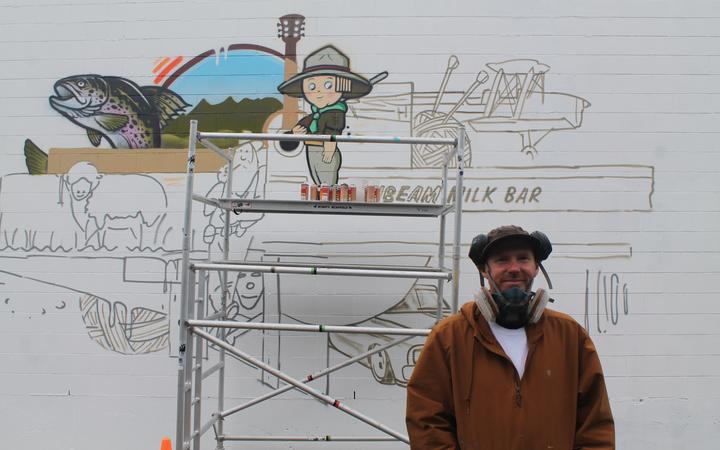 Artist Sean Duffell stands next to his mural that was commissioned under the Streets Alive programme. Photo: LDR / Fiona Ellis

Scoles, who is one of the dissenting voices, described some of the decisions made as "ridiculous".

He has lived in Gore his whole life and said closing off some of the streets had negatively impacted on business.

That included his own - a dairy on the corner of Anzac St and Robertson St.

"Eccles St and Brown St are the two main arteries for our town. Shutting them off was absolutely ridiculous," he said.

"I'm in the know with what's going on around the town." 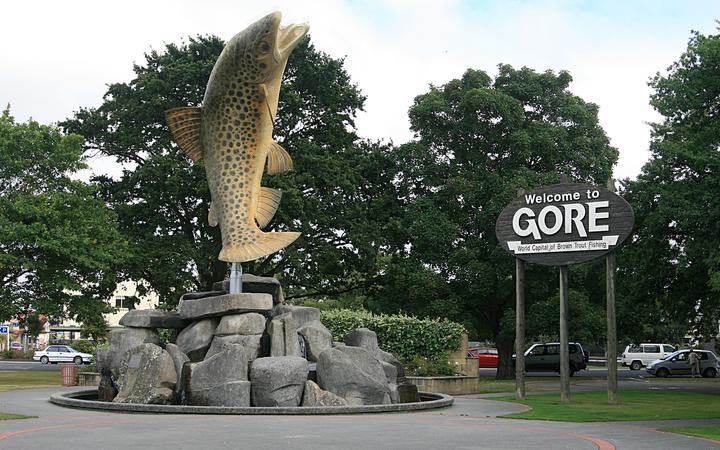 Almost 10 percent of Gore's population has signed the petition opposing some of the changes in their town. Photo: LDR / WikiCommons

Along with Rosemary Heath, he has rallied a strong contingent of residents who do not agree with the majority of the changes.

Petition organiser Heath was pleased with how feedback was received at Tuesday's council meeting, even though she claims petition documents containing more than 200 signatures were stolen from two Gore shops.

"There were a few councillors that got behind us. I normally keep my nose out of stuff like this, but people were getting stressed out and it was affecting people's health. The council needs to wake up," Heath said.

She was happy with some of the aspects of the rollout such as murals and "some of the roundabouts", but scathing overall.

"We're a rural farming town and they're trying to citify us. Gore's too small for all this s..t."

Heath did not condone the vandalism of planter boxes (400 had appeared at strategic places to slow traffic down), but said people were "getting frustrated".

If Tuesday's council meeting was anything to go by, she's not wrong.

Those who attended were not afraid to cheer and mutter about councillor comments throughout the course of the evening.

Mayor Tracy Hicks thanked the petitioners for their effort and said the council took seriously what they had to say.

"What it's shown me is the community is proud of how this town is presented. It's definitely not going to stay the same as it is. Thank you for the petition."

He also wanted to remind those present that the council had a responsibility to engage with Waka Kotahi on the trial because it was a major funding partner to the rest of the roading network.

"I've had a lot of people accost me and say they're not happy with this. It is a trial, it's not cast in stone. You're not going to wake up and find everything is permanent."

Councillor Doug Grant said he had had a lot of people come into his shop to talk about the petition and felt the council could have communicated better about the installation and changes.

"We spent a lot of time communicating but it's the same old story, people only get involved when it affects them."

She said it was disappointing to see the work of council staff abused, referring to the colourful planter boxes which had been vandalised and tipped over.

McElrea Consulting director Rebecca McElrea presented the results of an independent survey she conducted between 7-16 April.

McElrea said there had been 742 responses and one of the main concerns was the size of new roundabouts and lack of signage.

The $1 million project has received 90 percent of its funding from Waka Kotahi.

Waka Kotahi manager of urban mobility Kathryn King said she was aware of the mixed feedback on the Streets Alive pilot.

"The Innovating Streets programme is all about trialling and testing new ways of doing things while working with communities to help create safer places to live and enjoy," she said.

"As with any change project, views are mixed."