A Māori trust is trying to forge ahead with a proposal for coastal shipping on the East Cape despite calls from marae, hapū and even its own beneficiaries to stop. 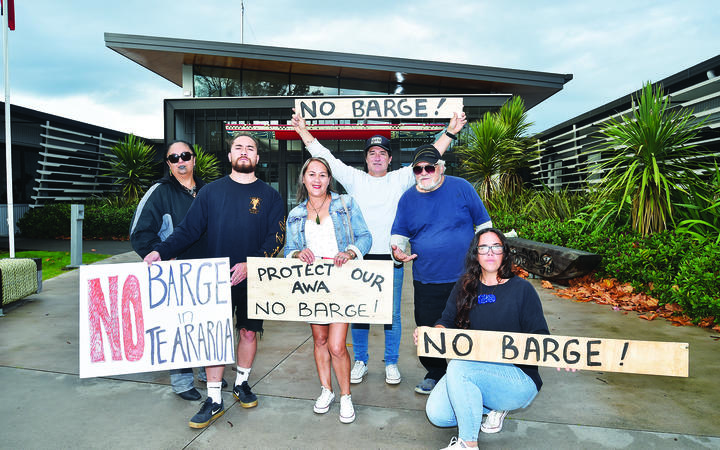 "No barge at Te Araroa," yelled half a dozen placard-carrying protesters at the doors of Gisborne District Council yesterday morning.

They want to protect their rohe moana (ocean), which they say is already in a "critical state".

Te Rimu Trust is proposing a barging facility near the mouth of the Karakatuwhero River in Te Araroa which it says will enable logs to be transported to ports in Gisborne or Tauranga by water, rather than by road.

Te Rimu Trust chairman Richard Clarke presented to the council's regional transport committee yesterday on the decade-long plan that was out for consultation in April. 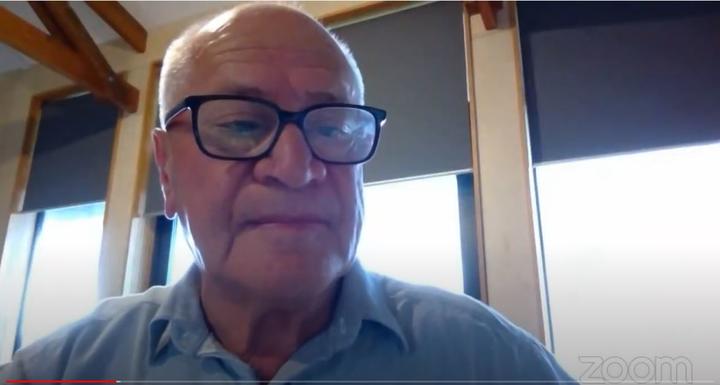 The trust's submission called for the council to include the potential for "large-scale bulk and containerised coastal shipping" activities in its long-term plan, and "funded activities" for feasibility studies into coastal barging.

Asked by committee members how much of the community was on board with the proposal and whether he could show support from local marae, Clarke said he would prefer not to talk about it.

"I think it's inevitable that there will be issues along the way and that's part of this type of development one has to work through with the local community," he said.

"Also you must understand that Te Rimu is a substantial landowner with two kilometres of foreshore and we are also the whānau hapū from that area, so with 2000 beneficiaries, we do have some mana in the district.

"That's a process we're going through and I really don't want to spend too much time on it at this (stage)." 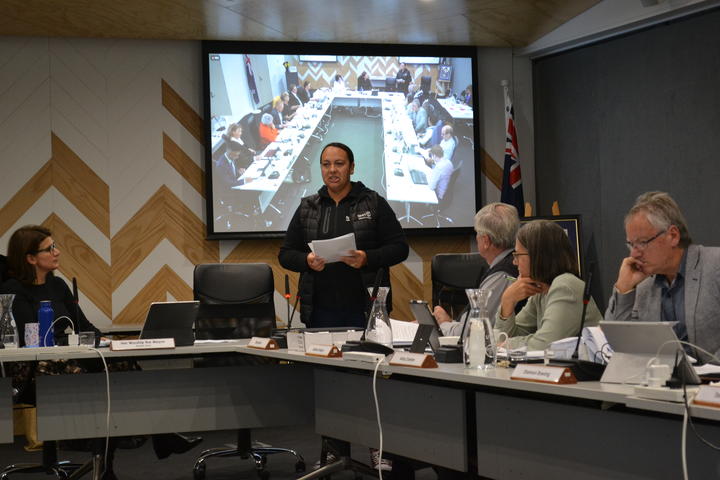 Shyla-Drew Taiapa, who is a beneficiary of Te Rimu Trust, said whānau strongly opposed a port or barging on their rohe. Photo: LDR / Alice Angeloni

But later in the day Shyla-Drew Taiapa, whose grandfather Joseph Akuhata-Brown was a founding member of Te Rimu Trust, said whānau strongly opposed a port or barging facility on the Matakaoa rohe.

"The impacts of a port or a barging facility will be detrimental to our environment.

"Our moana not only sustains us by providing us with kai, it is also a place where we take our whānau and our tamariki to learn and to teach."

Matakaoa was a place that sustained their mental, cultural and spiritual wellbeing, she said. 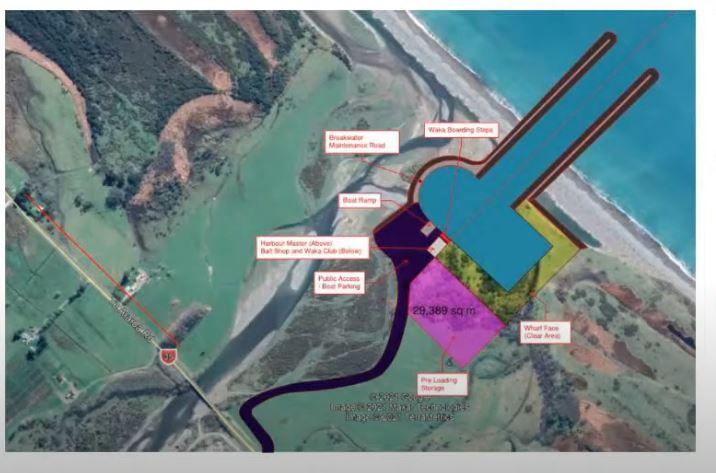 Local hapū Te Whānau a Tūwhakairiora and Te Whānau a Te Aotaki had developed their own economic plans for the community, which included maintaining and sustaining an abundant marine estate, she said.

"We're really concerned about the continued discussions about a barging facility in our broader rohe moana.

She presented two petitions with collectively more than 10,000 signatures calling to "stop the barge development" in Te Araroa, and for "No Port in Hicks Bay".

She also provided letters from the Wharekahika (Hicks Bay) Māori Committee, Te Paerauta Marae, Te Whānau a Te Aopare and Te Whānau a Hinerupe in opposition to the proposal.

It follows outcry from the communities of Te Araroa and Wharekahika/Hicks Bay after former infrastructure minister Shane Jones last year announced $45 million for a marine transport facility on the Cape.

It proposed coastal shipping as an "alternative to road", saying there were large volumes of forests nearing harvest in the northeastern catchment of the Gisborne district over the next 10 years.

Logs are currently transported via State Highway 35 to the port in Gisborne.

Te Araroa resident Ripeka Irwin, who was protesting at the council, said they were not being listened to.

"We keep saying 'no' but they keep pushing it for meetings and hui and it's 'no, no, no'."

Any recommended changes to the draft transport plan will be presented to the regional transport committee on 3 June for deliberation.