Northland's emergency rescue helicopter base in Whangārei is being forced to move after growing noise complaints from neighbours. 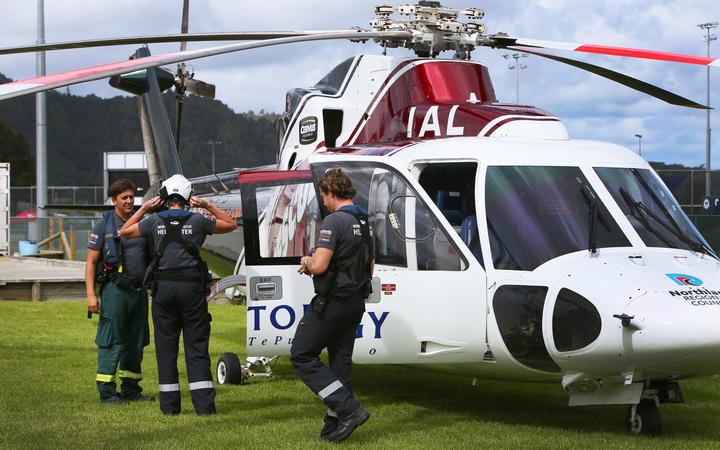 "It's unbearable, a helicopter operation of this nature here in Kensington shouldn't be operating in a residential area" said former Top Energy chief executive Roger de Bray who lives just 100 metres from the Kensington helicopter base.

Whangārei Mayor Sheryl Mai said she was aware of increasing noise complaints about the helicopter operation. It would be moving out of the site as a result.

"The helicopters are like a freight train going through the house sometimes several times a night," de Bray said.

Northland Emergency Services Trust (NEST) responded to 1115 callouts last year - its busiest ever. There have been 300 flights to date this year.

"What are the future plans to deal with the increasing level of disturbance," said former New Zealand Fire Service operations manager for Northland and area commander for the Far North Allan Kerrisk. He lives about 750 metres from the base.

The move will mean possible $8 million new location rebuild - that Northlanders could be asked to pay towards - for what's the only rescue helicopter base north of Auckland.

There is a shortage of suitable sites and an increasingly vocal public is demanding the set up of any new facility goes through a publicly notified resource consent process where they get to have their say.

NEST has transported more than 21,000 patients since the operation began in 1988.

Whangārei District Council (WDC) chief executive Rob Forlong said in a 23 March letter to de Bray the base was to shift on or before its site lease expired on 31 July 2023. 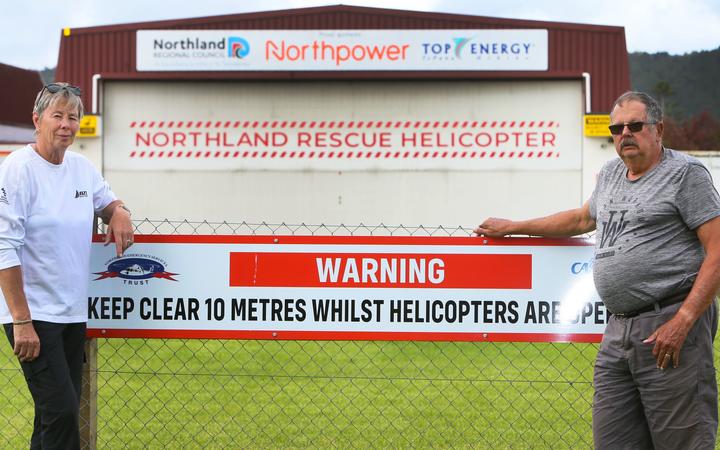 Residents Roger and Ruth de Bray are calling for the Northland Rescue Helicopter to be shifted due to noise concerns. Photo: LDR / Northern Advocate / Tania Whyte

NEST chief executive Craig Gibbons conceded the operation's noise was disturbing neighbours. The trust did not want to be doing this.

"Enough is enough. We have outgrown our own base and outstayed our welcome from the locals," Gibbons said.

"I think NEST needs to look for a more appropriate location. It's starting to outlive its social licence for the site," Cutforth said.

"People have given it a social licence but a tipping point's now been reached."

That had occurred in the last three months as the last few years' flight numbers have escalated.

"I'm wondering if that's because of the increasing workload of non-emergency work," Cutforth said.

She said her constituents had increasingly complained about the growing helicopter noise.

The helicopter base is on the edge of the council's Denby and Okara wards each with about 13,000 people.

The trust runs three helicopters, worth more than $10 million, out of its 33-year-old Western Hills/State Highway 1 base on leased St John and WDC land. St John runs its ambulance service out of the same site.

Forlong in his letter to de Bray confirmed the base did not have a resource consent. It operated under WDC's prevailing District Plan.

Mai told the meeting WDC had met NEST earlier that day. Forlong said later NEST would be leaving the site.

"As a result of that (NEST) meeting, I can confirm that NEST is looking to move its operation and intends to exit the site on or before the expiry of its lease on July 31, 2023," Forlong said.

Gibbons said the base would be shifted. "I want to be out of Kensington Park, hopefully before the end of the year."

He said NEST had acted responsibly with the base's noise management through noise abatement procedures and the international Fly Neighbourly programme. It also complied with CAA requirements, but there was always opportunity for improvement.

Gibbons was in Whangārei last week for a two-day investigation into further addressing Kensington base noise issues.

An interim improved noise mitigation management programme was needed ahead of NEST moving out of Kensington, de Bray said.

Forlong said in his letter to de Bray NEST would be providing WDC with a document outlining new noise mitigation actions "in a few days" in the wake of the council's meeting with the trust.

Gibbons said flight numbers had increased significantly in the last three years in particular. The five tonne Sikorskys were quite a loud helicopter.

"... NEST have acknowledged the noise complaints they have received and will be taking actions to minimise the noise where possible. NEST will be providing us with a document which sets out their noise mitigation procedures within the next few days." Forlong said.

The de Brays have just spent $4000 on new ceiling noise insulation in their bedroom and new soundproofed window glass. 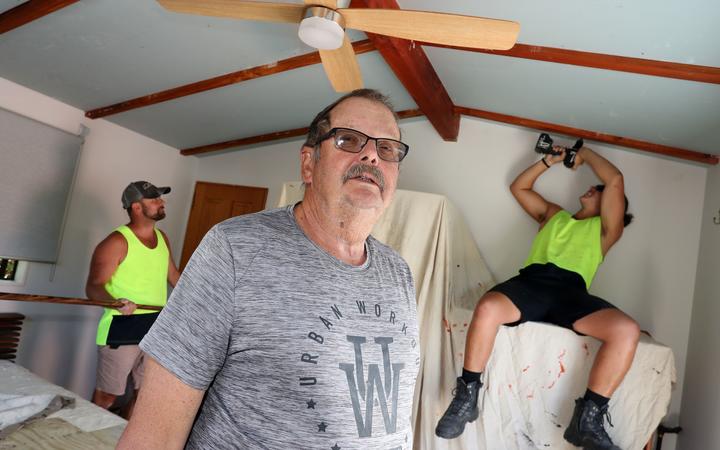 Roger de Bray has had his ceiling sound proofed to cut down the noise of the rescue helicopter. Photo: LDR / Northern Advocate / Michael Cunningham

Roger's wife, Ruth de Bray, said the irregularity of the helicopters' arrivals and departures meant it was impossible to get used to the noise. Her blood pressure had risen and she now also regularly took sleeping pills. About 30 percent of NEST flights are at night.

"It will have no impact on our emergency ambulance response and we will continue to deliver the same level of patient care," Devanney said.

Gibbons said NEST had no expectation that St John also correspondingly moved its ambulance base from the site when the trust left.