West Coast Regional Council has been accused of causing coastal erosion by allowing big companies to take too much gravel from riverbeds. 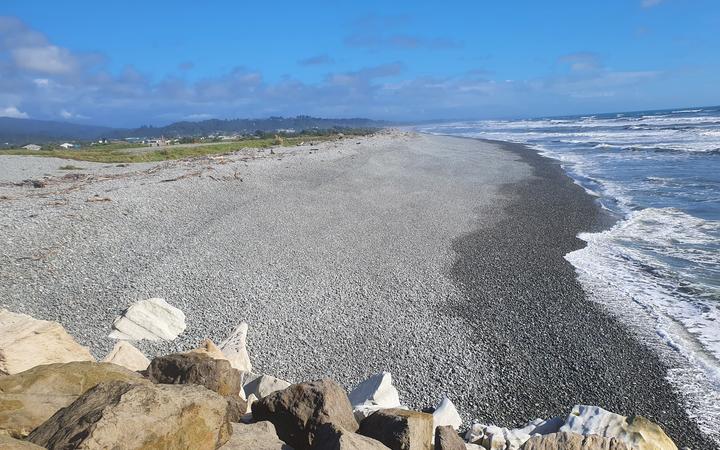 Gravel extraction from Grey River was starving Cobden beach of the gravel it needed to protect the foreshore, and was making it even more vulnerable to storms, he said.

Trounson told the Greymouth Star he based his claim on observing the river and the foreshore over 17 years, doing surveys and taking soundings of the Greymouth bar at times on a weekly basis, for the district council.

"Gravels transported down the river bed at times of high flow move across the bar and out to sea and are then carried into shore ... when the beach is starved of gravels, coastal erosion takes place."

A NIWA report in 2017 warned that gravel extraction could contribute to coastal erosion.

West Coast Regional Council itself had commissioned the report after the Department of Conservation raised concerns about the problem, in submissions on the council's proposed coastal plan.

The council remained the prime offender in failing to protect the dynamic ecosystem for which it was responsible, Trounson said.

"The council's decisions appear to be clouded by royalties paid by big companies and a high level of misunderstanding of the relationship between the rivers and the littoral zone of the marine environment."

"At the same time they're asking ratepayers in Cobden to stump up for rockwork to protect their vanishing foreshore," Trounson later told the Star.

NIWA said gravel build-up on the upper foreshore of West Coast beaches was useful in protecting against storm waves.

Another good reason for preserving that build-up - and its sources - was to mitigate the effects of rising sea levels, it said.

"Depleting a beach-gravel stock is a recipe for shore retreat and flooding." 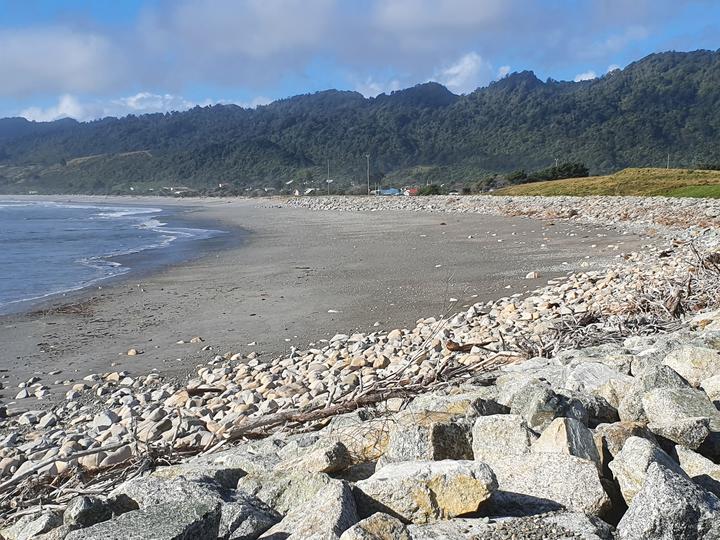 Gravel supplies in West Coast rivers were driven by large earthquakes in the Alpine Fault, and took centuries to make their way to the coast, but it had been nearly 300 years since the last big quake.

"Stocks of beach gravel ... are in a relatively diminished state and these coasts are eroding. For this reason the current supply of river gravel to the coast may be 'precious'," NIWA said.

In the last financial year, the regional council was paid $75,037 by individuals and companies extracting gravel from West Coast rivers.

The three major users were likely to be Fulton Hogan, Westroads and MBD, depending on what roading or engineering projects they had on, the council said.

The money paid for staff to run a monitoring programme and inspect gravel extraction sites throughout the West Coast, according to compliance team leader, Colin Helem.

The companies had to submit gravel volume returns to the council, Helem said.

Trounson said he had questions about what audits the council had in place to measure actual gravel take and reported gravel take.

"There's no weighbridge, that I know of."

He believed the council should put a moratorium on all new gravel permits and phase them out completely within five years, except in places like Franz Josef where gravel build-up in the Waiho was worsening the flood risk.

There were plenty of land-based sites where gravel could be taken without affecting the foreshore, including areas that had been mined for gold, Trounson said.

Regional council science and planning manager Hadley Mills said the council had adopted a precautionary approach to gravel permits as a result of the NIWA report.

It had limited consent renewals to two years, or reduced gravel takes from rivers linked to a potential risk of coastal erosion.

That included the Grey, but also applied to the Ōpārara and Little Whanganui; Mokihinui, Waimangaroa, Taramakau River and Granite Creek.

The council was awaiting the results of further Massey University research on the link between West Coast river gravels and coastal beaches.

"We hope this report will give us more direction on the matter. It is likely to be finalised in the next few months."

Trounson said he would be meeting Mills next week to discuss his concerns and was pleased that the council appeared to be taking them seriously.