The West Coast Regional Council is taking a closer look at the row over the Ross lake, where someone has been dismantling a weir built by volunteers to control the lake levels after continual flooding of the new Chinese Miners Memorial gardens. 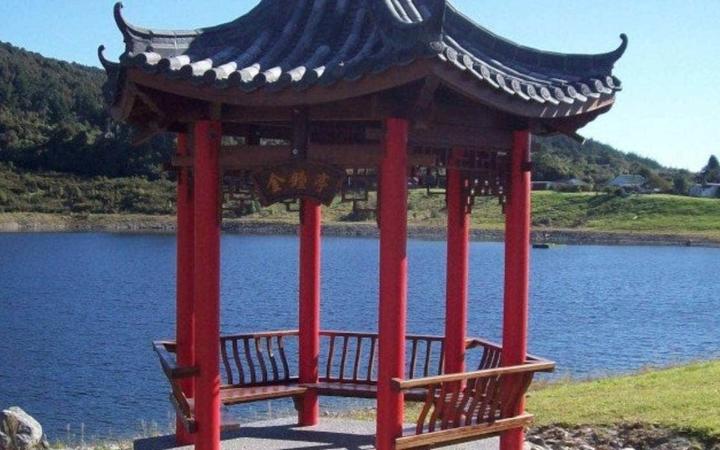 The pagoda in the Ross Memorial gardens. The lake level rose to the top of the seat when a slip changed the flow in a local creek. Photo: LDR / Lois Williams

The group, headed by Ross woman Biddy Manera, has been moving rocks by hand to channel some of the flow from Jones Creek away from the artificial lake, and stop further damage to the gardens.

Flooding has already inundated and killed dozens of saplings, and left the pagoda standing in water.

However, the group's work has been destroyed on an almost daily basis over the Christmas-New Year period.

Water levels in the lake fell after the volunteers arranged rocks to channel more of the flow through a culvert, but rose again after the latest demolition job by the alleged vandal.

Westland Mayor Bruce Smith said the ongoing row was causing tension in the town, and while the district council was prepared to help resolve it, the regional council was the arbiter when it came to waterways.

West Coast Regional Council compliance manager Heather McKay said Manera's group was not breaching any rules or consents by diverting part of the flow of Jones Creek, because the work was considered minor. 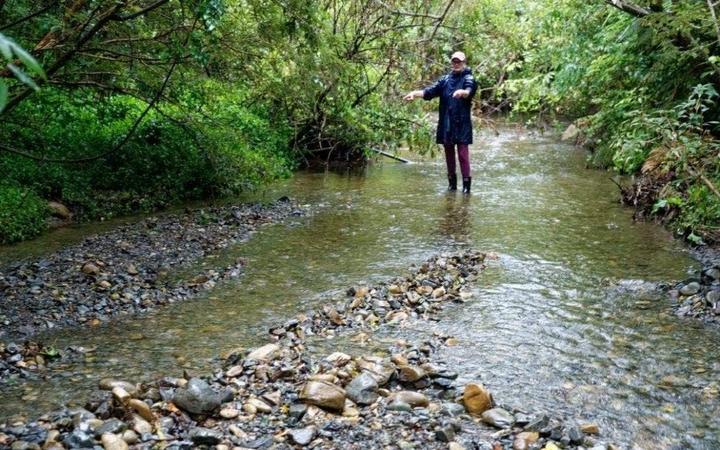 A volunteer displays the minor rock work done to divert the creek's flow to lower the lake and protect the gardens. Photo: LDR / Lois Williams

But the position of whoever had been wrecking their rock work needed clarifying, and the council compliance officers would be making a site visit to investigate, McKay said.

Manera said the volunteers had called the police 111 line more than once when a man had appeared at the scene while they were working and "thrown rocks around".

The police had yet to respond, she said.

The Ross lake is an old mine pit which was filled with water with regional council consent, after the mine closed in the 2000s.

The Chinese community supported local efforts to beautify the area with trees and a pavilion in memory of the miners who worked in the area in pioneering days.

But a slip in Jones Creek last year caused the lake to flood, damaging the planting and flooding the pavilion.