Design plans for a walking route promoting Blenheim's past and present to tourists are set to wrap up in the New Year. 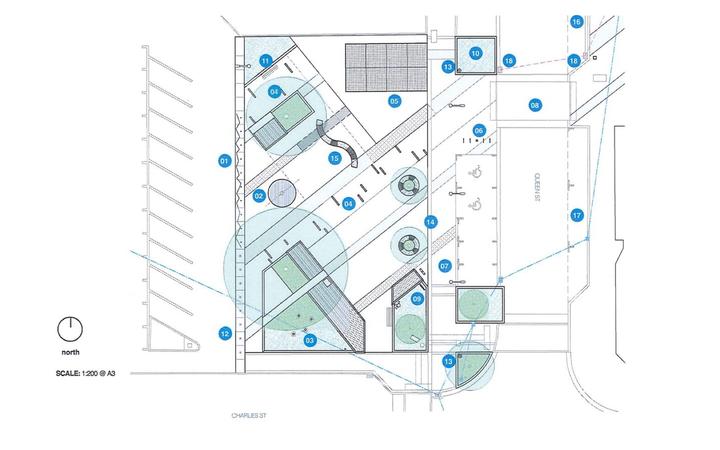 The association withdrew its funding application to do-over Liz Davidson Place, the first stop on the walk, last September after its proposed concept - centring around a "fun, interactive sphere of polished steel" - caused a stir.

Once these were completed, management of the Marlborough Mile would turn over to the council, as it had more resources.

Costs were proposed to be covered by a town centre fund.

Davis rehashed the site proposals with the help of association members Autumn Faulkner and Paul Jackson, but none mentioned the proposed "sphere of polished steel", or pea.

It was pitched last September alongside sunshine poles, pavement lights and coloured glass sculptures as part of the Marlborough Mile "sunshine" site. It aimed to showcase the district's reputation for being New Zealand's sunshine capital.

"I think Liz Davidson Place wasn't the place to start as the public think a lot of money was spent on that place, and they couldn't understand why another project was being done."

Councillor David Oddie had long been "sceptical" about the Marlborough Mile, but was pleased with its current status.

"I'm conscious it needs to be good quality to be effective."

Councillor Francis Maher said to "just bloody get on with it".

Liz Davidson Place was the first of the Marlborough Mile sites to undergo a detailed design plan. Each of the five sites had a theme that tied it to the region, alongside detours to Seymour Square, the Blenheim Railway Station and Stadium 2000.

Sites included Liz Davidson Place, for sunshine, Bythell Place, for viticulture, The Quays Riverside Park, for heritage and culture, Adams Place, for aviation, and Market Place, for agriculture. Stadium 2000 was no longer a Marlborough Mile site, but a separate detour, and represented aquaculture.

Concept plans for the sites arose from community and industry feedback received during consultation in late 2018.

The Marlborough Mile aimed to "reinvigorate" the town centre, play into different aspects of Marlborough's identity and encourage tourists on a walking tour around Blenheim.