After one term in Parliament, Labour backbencher and list MP Anahila Kanongata'a-Suisuiki now has the daunting task of going head to head with new National Party leader Judith 'Crusher' Collins to win the seat of Papakura. 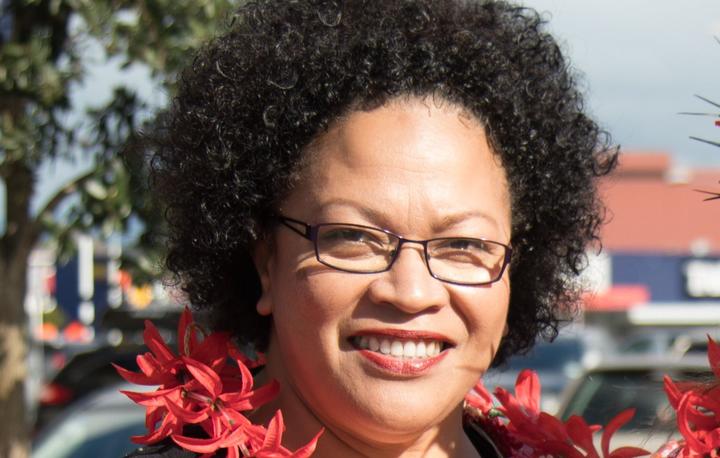 The former Ōnehunga Rugby Club tighthead prop agrees some of the dark arts of the front row might come in handy against her opponent, who's never been one to shy away from conflict.

Collins has held the seat since 2008 and at the last election won by 7486 votes over Labour's Jesse Pabla. Taking over 55 percent of the votes, the newly elected leader of the opposition has a strong support base in the seat and so does her party. And Collins has been an MP since 2002.

For Kanongata'a-Suisuiki, despite the battle she's facing, she's committed to representing Labour and she isn't fazed by the fact she will now be running against the Leader of the Opposition.

"I do admire her for standing for the National Party leadership and the fact she didn't give up. And from one woman to another you've got to give her credit for that."

But for Kanongata'a-Suisuiki that's where the niceties end and she wants to win. However, she admits it won't be easy.

"Some people have referred to it as a David and Goliath Battle here in Papakura. But it's a great opportunity for me to stand against the Leader of the Opposition," she said. "And it's all about the people for me."

Kanongata'a-Suisuiki was born in Tonga and came to New Zealand to live as a 10 year old in 1980. She lived in Onehunga as a child and eventually trained as a social worker.

Kanongata'a-Suisuiki said it was while she was working in a management role with Child, Youth and Family in 2008 that she saw first hand some of the issues the agency was dealing with on a daily basis under the newly elected National government.

"That was the first time I questioned the people making the decisions in this country," she said.

That same year she joined the Labour Party and three years later was on the party's list in time for the 2011 general election. She didn't make it into Parliament, but it got her into the hustle and bustle of campaigning.

Kanongata'a-Suisuiki made it onto the party's list again in 2014, but it wasn't until the 2017 election that she made it into Parliament as a list MP. She's now at 46 on the party list for the 2020 election. The 51-year-old Onehunga resident said she sees standing in Papakura as doing her bit for the team.

"Some people say it's bluer than blue," Kanongata'a-Suisuiki said. "But in some ways it's a new electorate because the Manurewa and Takinini parts of the seat have gone to the new Takanini electorate."

She concedes a lot of people in Papakura don't know who she is.

"But everyone knows the Labour Party and what it's done for New Zealand over the last 104 years and everybody knows who Jacinda is, so I'm representing that."

The Papakura electorate was created in 2007, but has had substantial changes to its boundaries since. It is now centred on the Papakura urban area and the electorate is cut in two by the southern motorway from Runciman to Takanini. Its northern boundary extends north of the Ardmore Airfield and Alfriston.

The seat's western boundary has been reduced from Clarks Beach and now extends only as far as Kingseat and Ellets Beach.

Almost one-quarter (24 percent) of the population is of Māori ethnicity, and a further 15 percent are Pacific Peoples. The proportion of those working as clerical and administrative workers (14 percent), and those working as machinery operators and drivers (8 percent), is the third-highest and sixth-highest respectively among general electorates.