The West Coast Tai Poutini Conservation Board is backing a move by the government to ban the sale of moa bones. 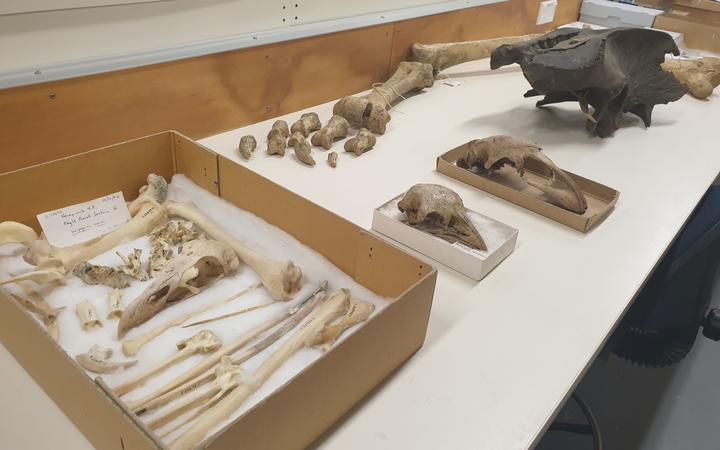 DOC is proposing changes to the Wildlife Act which would make it illegal to sell the remains of extinct species.

A discussion paper, drafted with help from museum scientists, is open for submissions. The conservation board at its meeting last week set up a working group to respond to the plan.

Board member Neil Silverwood, who is a caving and kaarst authority, said he had seen moa bones for sale on TradeMe as recently as last week.

"The West Coast of the South Island has the largest number of these bones, and some are taken illegally from conservation land," he said.

The Conservation Minister Eugenie Sage said lost species like moa remained an important part of the country's heritage, including for Maori whose traditions and whakapapa included extinct birds

The bones were also important for science, she said.

"Since 2010, museum scientists have documented more than 350 instances of moa bones and eggshells being offered for sale, and in many cases they have identified that these items have been recently removed from protected sites.

The maximum penalty for removing objects from public conservation land without authority is two years imprisonment or a $100,000 fine for non-commercial offences, and five years or a $300,000 fine for offences committed for commercial gain.

DOC is inviting comment from the public on its discussion document and submissions are open until 28 September.