Some Rotorua Lakes councillors are calling for a council-wide voluntary pay cut as the economic impacts of Covid-19 begin to bear down. 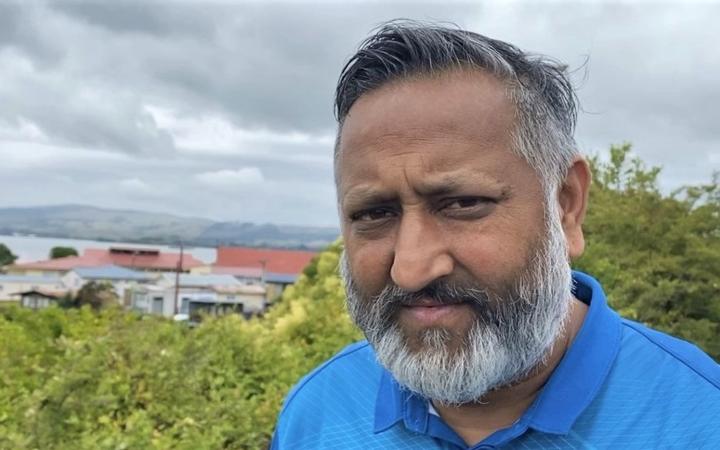 Raj Kumar said taking a pay cut was a way for councillors "to lead by example". Photo: Felix Desmarais / LDR

But Mayor Steve Chadwick has come out swinging at the suggestion calling it a "political gesture" and "morally indefensible".

Councillor Raj Kumar said for councillors, it was "a way to lead by example".

With regard to staff, he zeroed in on the chief executive Geoff Williams, whose salary is $374,721.

"He's the one that's leading the city. It's not like he's going to go broke, I think he should take a pay cut because he's on a good wicket."

Councillor and fellow Rotorua Residents and Ratepayers member, Reynold Macpherson, said all staff and councillors could take a pay cut, though the "mechanism" would need to be worked out, suggesting a 20 percent pay cut across the board.

But he was "not in the business" of arguing for any particular model.

He said a universal pay cut could be "proportionately fair", or perhaps it could be for those above a certain threshold, such as $50,000 per annum.

He believed it could work as it would be difficult for people to refuse if others were doing it.

"We're talking about a principle here."

Senior management would have a 50 percent reduction in salary, and the rest of the staff would take a 20 percent hit.

He also suggested a "thorough reduction" in staffing levels, incurring redundancies and leave without pay for "many of the non-essential positions they hold".

"Freeze all staff wages and any future negotiated wage increase is postponed."

He wanted a "full and frank discussion with no point scoring and personal agendas" on the matter.

Bentley's suggestion would spell a $102,000 donation from the mayor's salary. 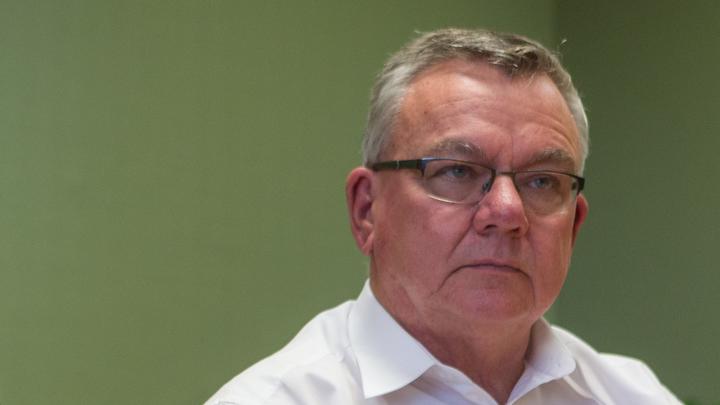 Council chief executive Geoff Williams said he thought it was "pretty unforgivable" some people thought council staff - already working hard and under unique circumstances - should "do all of that, and also take pay cuts".

He said everyone was affected by Covid-19 and everyone at the council felt for and wanted to support the community.

"We have an economy at the moment that is effectively shut down and the government is throwing out lifelines to support both businesses and individuals.

"Locally, we need to ensure our eyes are squarely on the same outcomes, that is, on providing real and tangible support to keep our businesses alive and keep people in employment.

"Without people in jobs and with incomes to spend we'll fail to see the circulation of money that is the lifeblood of our local economy."

Williams did not respond specifically to Kumar's comments about his salary.

Mayor Steve Chadwick saw the suggestion of pay cuts for councillors and staff as an attempt to "publicly shame people into a political gesture" aimed at "garnering support for political lobby group" and was "just morally indefensible".

"I'm also outraged about the inclusion of council staff, who are under huge pressure right now and also at the frontline of fighting Covid-19 although that hasn't registered on some people's radars.

"Getting caught up in tokenistic rhetoric of the day, which amounts to little more than feel-good gestures, could actually see us fail to deliver the real and tangible support that our community needs.

"All this does is divert [the] council's attention from where it should be right now.

"This situation shouldn't be used as an opportunity for political gamesmanship and an attempt to publicly shame fellow elected members and council staff." 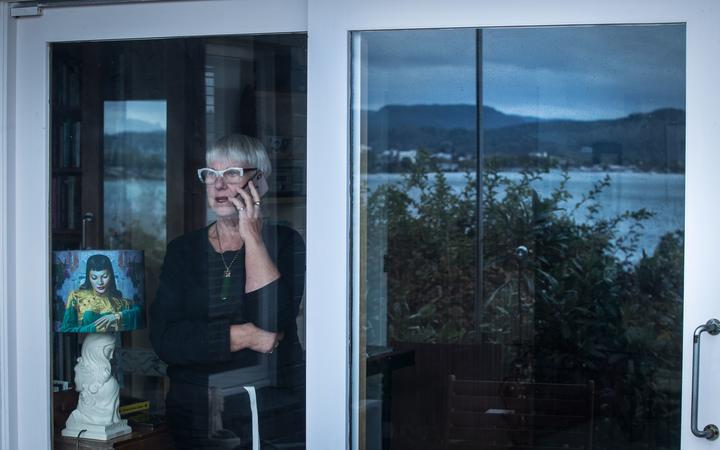 Steve Chadwick said from her home where she is self isolating that the suggestion of pay cuts for councillors and staff was a "political gesture" that was "just morally indefensible". Photo: Rotorua Daily Post / Stephen Parker via LDR

She said elected members donating their salaries was a "personal decision" and if they wanted to do it and could, they would.

"Our duty of care to our community requires us to keep the big picture and the long term in mind and we need to be looking at things that will make a real and long term difference.

"That's what most of us are focused on."

"We all are in different personal circumstances, different stages of our lives and with or without dependants."

He said he already made "a number of donations" every year to social wellness programmes and he planned on continuing to spend in the local economy to get "cash moving in the economy again".

He did not think pay cuts should be implemented by "some council decree led by comfortably-off superannuitants".

He included himself in that group.

Councillor Sandra Kai Fong said she was prepared for a discussion among councillors about a voluntary pay cut but believed it would be a personal decision.

It comes as Wellington City Council moved on Wednesday to voluntarily cut 10 percent from the salaries of its mayor, councillors, chief executive and its executive leadership team.

Wellington Mayor Andy Foster had also written to the remuneration authority requesting no increase in its elected member remuneration when it was next considered, saying the leadership team had decided "we should personally recognise the pain of our community".

Councillors Trevor Maxwell, Mercia Yates, Merepeka Raukawa-Tait, Tania Tapsell and Fisher Wang did not respond to a request for comment.

How councillors' salaries are set

The councillor salary pool is allocated by the remuneration authority, which in 2019 was set at $714,084 for the Rotorua Lakes Council.

All of that pool must be used for councillors' salaries. The money comes from the relevant local authority.

It also set the mayor's salary and the minimum allowable salary for councillors at $49,426.

The council then voted - in December last year - to allocate the remaining funds, and gave more based on the relative responsibilities of each councillor.

The base salary for councillors was set at $55,000. Chairs and deputy chairs of committees received more, as did councillors with lead roles.