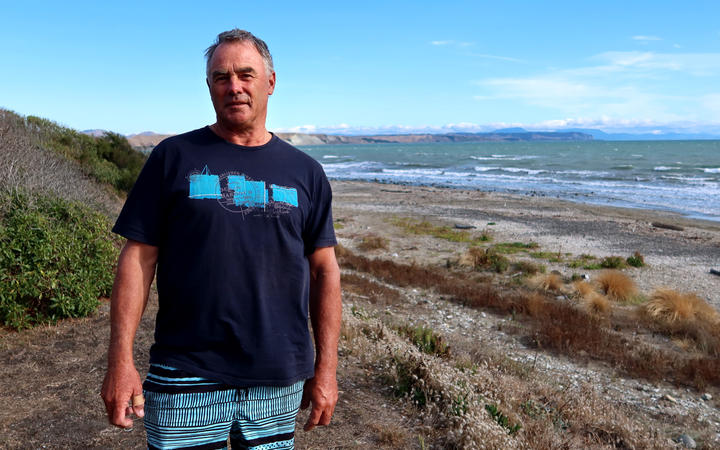 Craig Marfell, part of the family that gifted Marfells Beach to the Crown, is one of two people to have stacked a driftwood block along parts of a 9km stretch of beach to keep motorists from "important areas".

Marlborough District Council agreed to draft a bylaw in November after conservationists said drivers were "hampering" the coast lifted by the 2016 Kaikōura earthquake. Consultation is set for March or April.

He and his friend began shifting trees after attending a public information day hosted by the East Coast Protection Group, which championed the coast's preservation, in January, as a way of being "proactive", he said.

Areas at and between Marfells Beach and Cape Campbell had since been blocked off at the high tide mark. The Marfells Beach barricade was about 15m long, and had no quad bike tracks leading up to it. 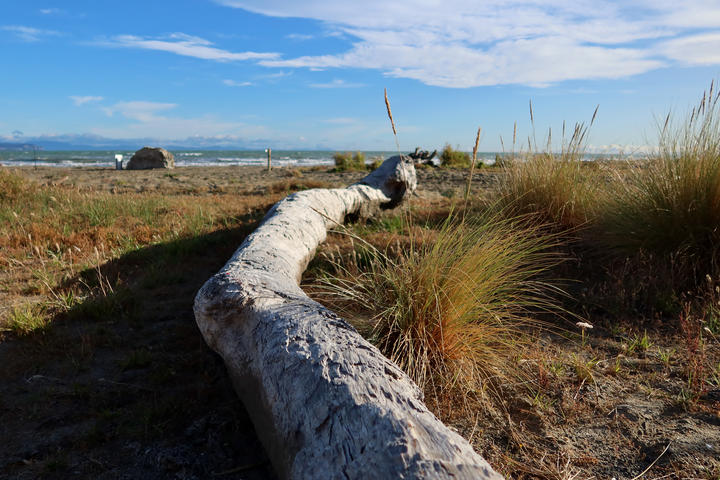 The pair had also put down a 'Voluntary Code Of Conduct' sign, which told motorists to drive below the high tide line, avoid "marine growth", dispose of rubbish, and stick to 25kmh at the Cape Campbell lighthouse.

Beach users created the code in 2018, as a way of showcasing the minimum standard of driving behaviour expected by vehicle users.

Marfell said he hoped the project would prove that education and area restrictions were a better alternative than the proposed blanket ban.

"It took us about two days of work, then a bit more to make the [code of conduct] signs ... It's educating. You can't expect people to know this.

"The open stretches of beach are not the issue when it comes to vehicles going above high tide. It's more the corners that are the problem areas."

He said the pair had not obtained approval from the council or the Department of Conservation, which owned the Marfells Beach campsite.

"But we thought, 'someone's got to do something'," he said.

There were still more areas Marfell wanted to barricade off, he said. A council spokesman said on Friday afternoon the upcoming consultation process would give everyone the opportunity to share their opinion.

A letter sent to landowners along the east coast said vehicle traffic and environmental pressure had increased since the earthquake.

"Council investigations have concluded that motor vehicles are hampering the process of recovery of the reef platforms, are a threat to indigenous vegetation species and habitats of indigenous fauna that are present along this coast," it said. Vehicles also posed "a risk to public safety."

The council's technical report, which informed the proposed bylaw, said there would be "long-term consequences" if uncontrolled vehicle access continued along the coast. It recommended speed limits be imposed at Marfells Beach and Ward Beach, so fishers could launch boats.

It also recommended vehicles be banned from the Awatere River mouth to the Ure River mouth. The council agreed to draft a bylaw late last year.

More than 2000 people had signed a petition hoping to kill the proposal. 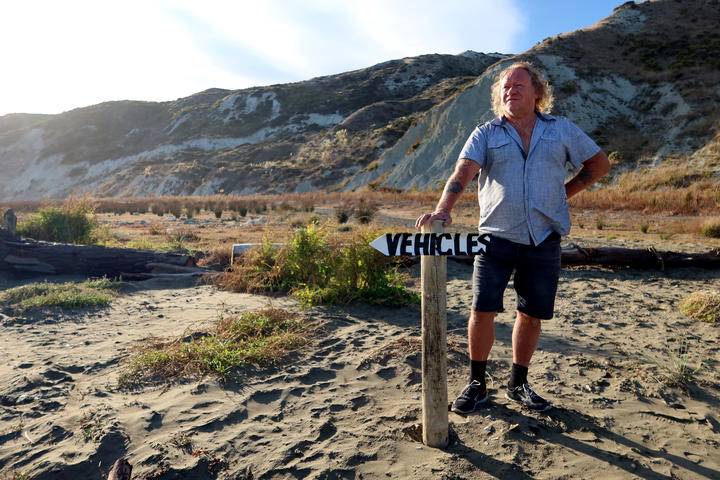 Mark Wills, who is leading the charge against a proposed quad bike ban, stands in front of a log barricade at Marfells Beach, Marlborough. Photo: LDR / Chloe Ranford

Petition organiser and fisherman Mark Wills said the proposed ban could be avoided if the council put more stock into education and compromise.

The new log barricade at Marfells Beach appeared to work, he said, with vehicles now travelling on "less sensitive areas" below the high tide line.

Wills said educating vehicle users on the code of conduct had resulted in a "huge reduction in damage and risk to the flora and fauna" in the past.

If DOC and the council chipped in, "so much more could be achieved".

Wills said beach users were "happy to negotiate" a solution to a ban, including a 30km/h speed limit, restricting beach access to pre-earthquake times, seasonal bans, and restricting vehicles to below the high tide line.

"When we're below high tide, we're below lizards, spiders and dotterel birds. They're not there because it's flooded with water every few hours."

A draft bylaw would be taken to council in March, before a minimum one-month consultation from March or April, where people could submit views.

A hearing committee would then deliberate on the submissions and make a recommendation to the council, who would reach a final decision.

The bylaw was expected to be in place by the end of this year.