A woman who turned herself in and a couple living a "lifestyle choice" are among five Marlborough properties checked for hoarding last year. 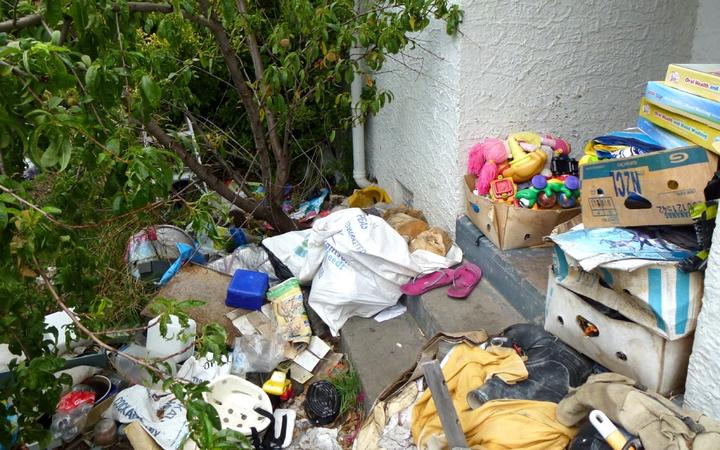 Items can be seen filling the yards of a Marlborough property. Photo: MDC/SUPPLIED

Council environmental health technician Georgia Murrin said hoarding often involved unsanitary living, which was defined as having no water, no toilet or shower access, or signs of mould, vermin, flies or fleas.

Local authorities had to take steps to remove conditions likely to be "offensive" or dangerous to people's health under the Health Act.

The property of an elderly couple was investigated by the council after Age Concern approached it with "concerns" late last year. Pictures provided by the council showed a room in their house piled with items.

"However, once we arrived there, it wasn't really unsanitary and more just a lifestyle choice that they were choosing to live like this. It wasn't impacting their health and, although it's not ideal, it's not our house."

Police turned over a second property after being dispatched to the address for a leaking tap, but found "quite a few issues".

"Our main concern here was that his toilet wasn't working," Murrin said.

"We managed to get the toilet fixed, but this is one [property] that we're still currently working on to get the living situation better."

Murrin said another case involved a "hoarding house"; an "unusual" case with signs of vermin and a live-in cat.

Murrin presented her report at an environment committee earlier this month, and spoke on two older cases which had recent developments.

She said a case involving a hoarding house closed late last year, three years after it opened, after living conditions were successfully improved.

Officers also achieved positive outcomes with a woman who had lived in "really not good conditions", but came forward wanting help.

"She put herself into a mental institute and got the help she needed, and we were able to come in with staff and clean it up for her," she said.

"It was awesome that she came to us to get help." 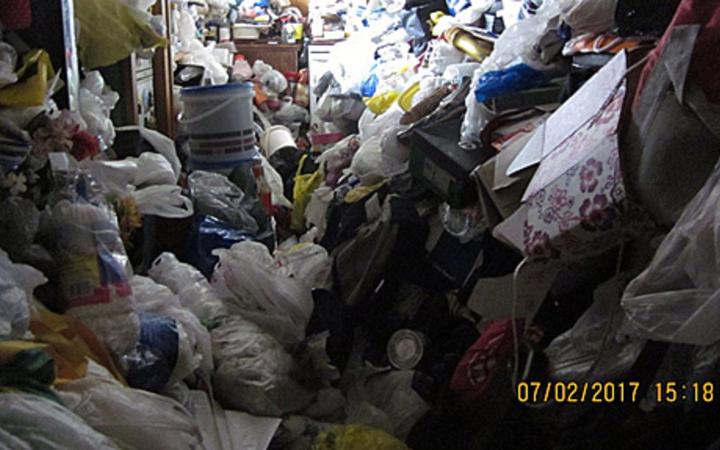 t took three years to close off this case of hoarding in Marlborough. Photo: MDC/SUPPLIED

Officers tried to work with organisations like the Mental Health Foundation of New Zealand or the SPCA once properties with unsanitary living conditions were found, and if they were needed.

The council could issue a repair notice, cleansing order or closing order if a house was likely to cause injury to health or was unfit for people, but Murrin did not state if these had been used recently.

A council spokesman said people could not be named due to privacy.

Fourteen "nuisances", or harmful or offensive acts, had also been addressed since mid last year, including five complaints about vermin, two about odour, one about insects, one on litter, and five miscellaneous.

A complaint on odour led to a food business being asked to fix their extraction units, and a farmer disposed of a dead sheep after concerns it would become a breeding ground for flies, she said.

Three complaints - one on vermin at a house, one on cockroaches at a food business, and one on drinking water returning high pH levels - were closed after council investigations found there were no issues.

Deputy Mayor Nadine Taylor thanked the environmental officers, as positive outcomes helped both the affected person and their family.