The Rotorua Aquatic Centre 50 metre pool grandstand has been demolished following the discovery of "structural issues ... beyond repair". 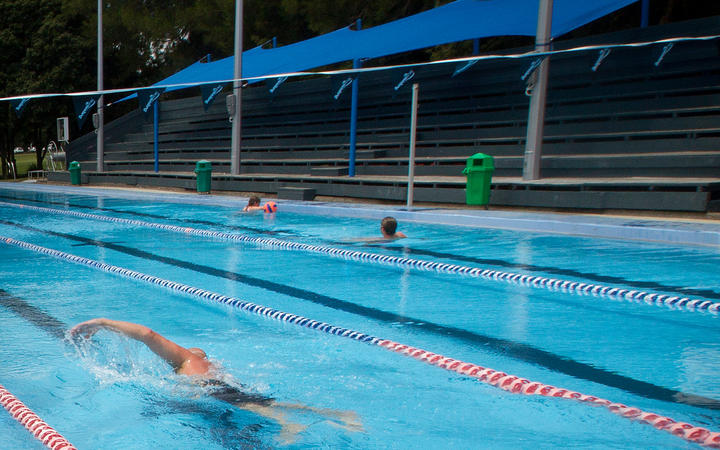 The grandstand before it was demolished. Photo: File Picture

The centre, owned by the Rotorua Lakes Council and managed by contractors CLM, announced the grandstand would be demolished in a Facebook post on Monday.

Council sport, recreation and environment manager Rob Pitkethley said the wooden grandstand was removed due to concerns about its "structural integrity".

It was nearly 50 years old and not built to modern building standards, and while no threats to safety had been previously raised, the council had been "aware for some time" the grandstand would require removal or replacement.

"The grandstand has been closed since early this year while contractors assessed potential repair work. As no contractor would guarantee their work without full replacement of the structure, [the] council made the decision to remove the structure."

The structure was not originally included in the master plan for the Aquatic Centre redevelopment but there was now a "good opportunity" to reassess how the space might be integrated into that upgrade.

"In the meantime the site will be tidied up and shade sails will be erected so the space can be used for extra seating." 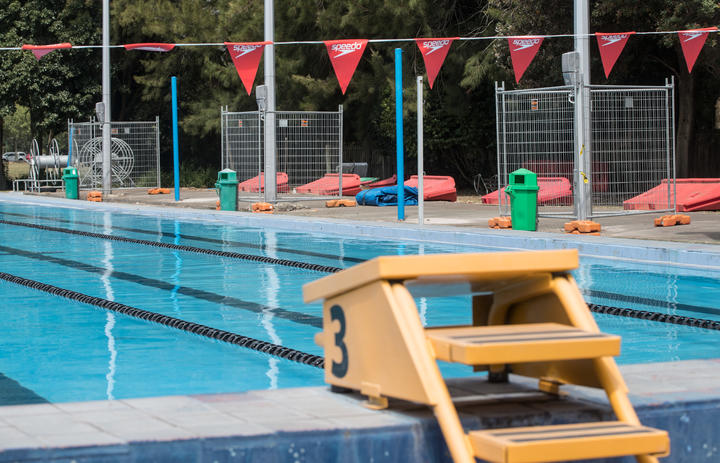 The cost of the removal was $10,000, which included demolition, remedial work on the concrete slab and new poles and shades.

"We have an absolute ball down there."

She said the "key thing" was ensuring the school's 600-odd attendees were well protected from the sun on their swimming sports day.

If shade sails were not up in time for the event on 5 March, the school would bring its own equipment.

Shade aside, she was not concerned the grandstand was being pulled down and the school would be "way better off" once the "whole rebuild is done".

"The fact they've done something about it is significant. I'm impressed they've taken action and not put people in danger."

Rotorua Intermediate School was scheduled to use the pool next Friday for swimming sports.

Principal Garry de Thierry said he had visited the site on Friday this week and was "pleasantly surprised" as he believed the removal of the grandstand was an improvement to the facility, providing more green space.

He was only disappointed he had learned of the changes via word of mouth rather than being given a "heads up" by the Aquatic Centre.

Shade sails would not be in place for the event on Friday, but de Thierry said the school would provide its own gazebos.