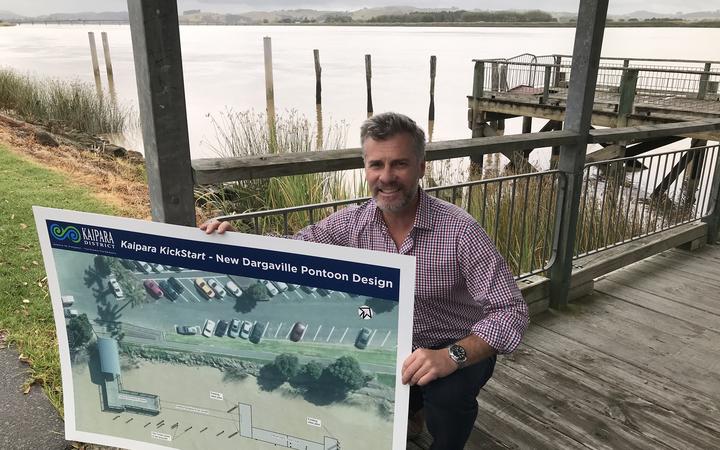 "It's looking again to the harbour for our connections between Kaipara, the rest of Northland and Auckland," Jason Smith, Kaipara District mayor said.

The first hands-on step in the Kaipara Harbour Wharves project began in December with the beginnings of a $500,000 upgrade of a pontoon at Dargaville in the harbour's north, with completion scheduled for spring this year.

It was set to serve as the major northern hub for the project.

Community meetings and consultation with a wide range of Kaipara Harbour stakeholders is ramping up as part of project feasibility work now under way.

The project is led by Kaipara District Council (KDC) and 100 percent funded by the government's Provincial Growth Fund - $.95 million for feasibility and $4 million for wharf construction.

It is a first stage in what's expected to kickstart huge harbour-based infrastructure development over the next 40 years with a network of wharves, jetties and/or pontoons servicing the 500 square kilometre harbour and beyond, boosting a 200-year-plus maritime history.

Project leader Diane bussey said it was a game changer.

"The project plans to link a range of settlements through renovating or building new wharves or appropriate structures."

The project's $4 million capital funding is to be spent on wharves around KDC's northern section of the Kaipara Harbour. 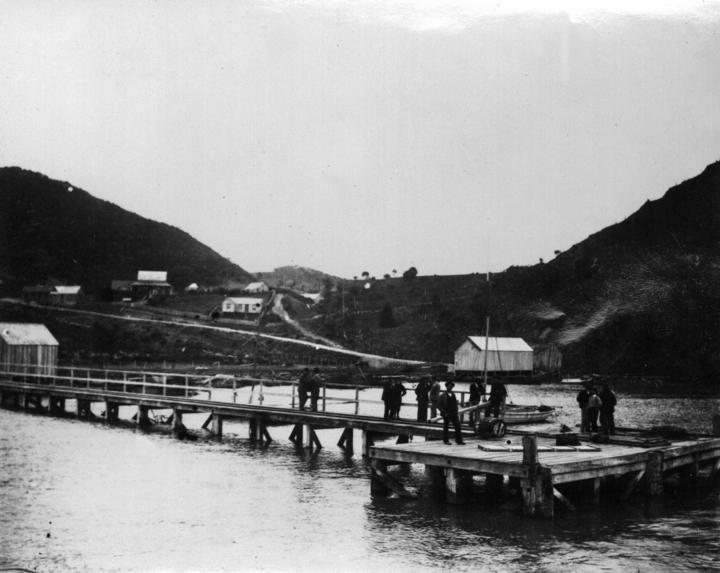 Finally-selected wharves to be built anew or renovated will be based on input from multiple people, and organisations will build the foundation of a long-term strategy underpinning all stages of the Kaipara Harbour Wharves development, Bussey said.

There are currently about 100 wharves, jetties and other coastal structures dotted along the harbour's 3200 kilometre shoreline - one of the longest harbour shorelines in the world.

Consultation and feasibility work will identify where new wharves are built and whether these are to be new structures or renovations of existing facilities.

Bussey said the four million dollars for stage one's capital works was enough money only to fund an initial phase of Kaipara Harbour Wharves. These would form the foundation for a longer-term approach.

Specific wharves selected for building or redevelopment would become 'nodes' that would stimulate economic and other development locally - in the case of tourism in the same way as the Otago Rail Trail. Tourism options for these include a node that linking with a cycle trail to Mangawhai on Northland's east coast. A network of boat-bike-walk options are among possible futures expected to result from the Kaipara Harbour Wharves project.

Electric ferries and general vehicle ferry transport have also been mooted. Providing freight transport to markets for Kaipara-grown produce and forestry is also among project options. 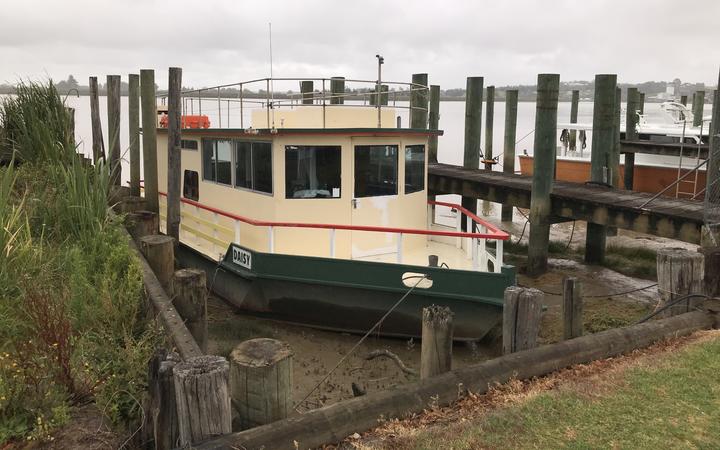 Dramatically boosting the harbour's existing 5000-strong annual visitor numbers is one of the key expected outcomes of the project with 1000 extra domestic and international visitors in the first year, that number increasing by five per cent annually after that.

Visitor experiences would include cultural, historical and nature - the harbour is internationally significant as a home to migratory birds and New Zealand's endangered fairy tern. More than 30,000 Artic waders visit from as far as Siberia and Alaska to feed each year.

Linking and supporting local Kaipara Harbour tangata whenua is among key project focuses. Kaipara Harbour's topography means ancient marae are dotted around its shores at the tip of peninsulas where they were established to be close to kaimoana and water-based transport. Harbour transport was direct, today's road-based transport isolating the important local hubs. There are about two dozen marae along the harbour's shores. The harbour was a strategically important route for travel to and from the north as well as the Waitemata and Manukau harbours.

"Wharves were like schools. They were the hub of the community, an important piece of infrastructure," she said.

The harbour was the major north-west transport route until the mid-1940's when the road that is now State Highway 1 was built over the Brynderwyn Hills. 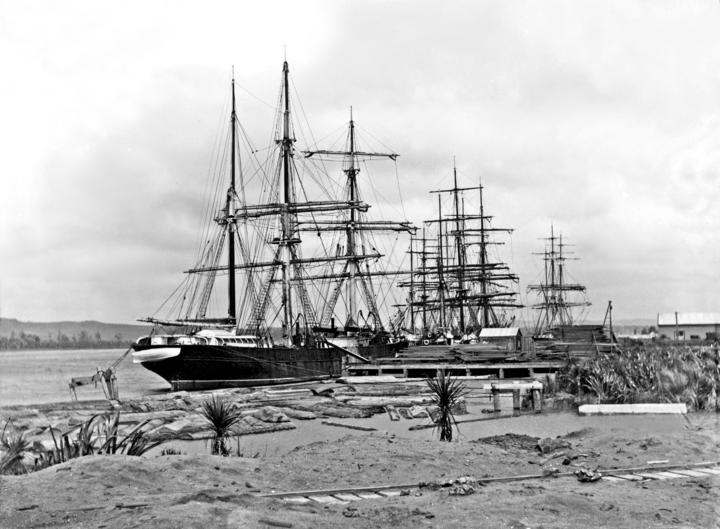 Wharves and jetties were a critical part of early infrastructure for the many industries that operated on its shores. The harbour was an important transport link, in the absence of roads, for marae and later early European settlers who started arriving from the 1830s for the kauri timber trade.

Kaipara was New Zealand's largest single timber export port in the late 1800s and early 1900s, and an important contributor to the national economy. It was one of the country's major waterways, crowded with the tall spars of sailing ships laden with timber and steamers ferrying passengers around its waters. Northern Wairoa kauri was used to build cities including Wellington, Christchurch, Auckland, Sydney and Melbourne. Kauri gum was also traded as diggers from around the world came to the harbour.

Historical coastal sawmill settlements - with wharves for harbour transport access - were set up around the harbour at places in Northland including Tinopai, Batley, Matakohe, Pahi, Paparoa and Whakapirau.